Uasin Gishu County MCAs Distance themselves from any external influence Over BBI Bill. 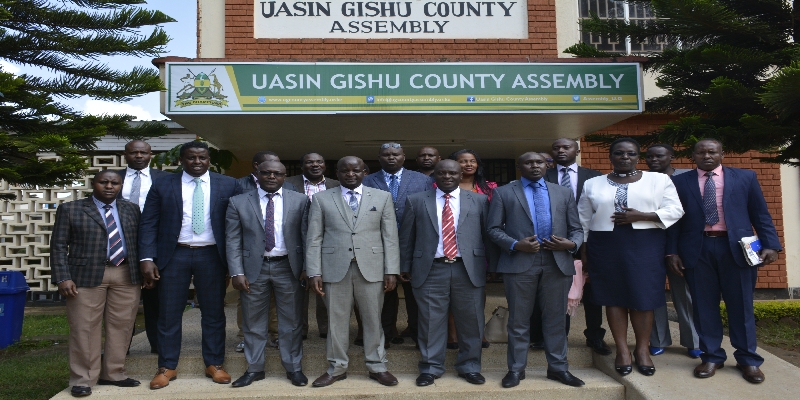 A section of Uasin Gishu County MCAs have come out to distance themselves from any external influence that would push them to vote for or against the Building Bridges Initiative (BBI) draft bill.

Led by County Speaker David Kiplagat, the members claim they have received a letter from Jubilee Party Secretary General Raphael Tuju instructing them to vote in favour of the bill or face disciplinary action.

According to the MCAs, they will follow due diligence and make independent decisions that will reflect the wishes of the people.

Their claims come just a few days after chaos rocked Baringo County Assembly, during a BBI debate that led to rejection of the bill.

“The issue of intimidating elected and nominated members…we’ve had a situation where Tuju has been writing to county assemblies directing them to take a different tune in terms of issues to do with BBI,” said Kiplagat.

“We want to tell Tuju we are an independent who know what to do, who understand the constitution very clearly.”