NASA to Lift SpaceX on Saturday

The spacecraft delayed because of bad weather 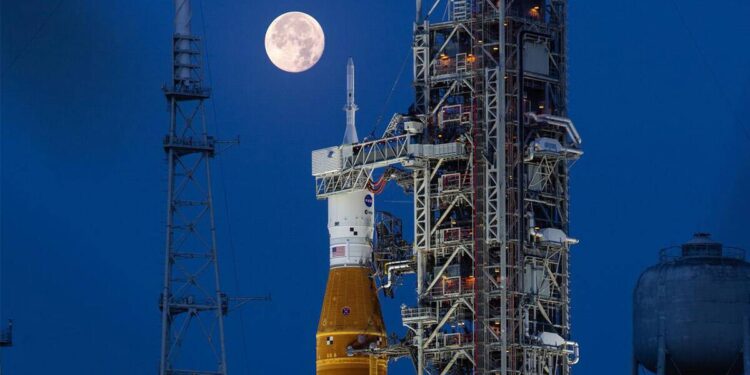 Nasa's Artemis 1 is the most powerful space rocket in history Photo: Courtesy

According to latest information from NASA’s Kennedy Space Center, SpaceX’s 26th commercial resupply will be launched this Saturday with additional supplies including “a pair of new solar arrays, dwarf tomato seeds and a range of science experiments to the International Space Station.”

Previously expected to lift off earlier in the week, the spacecraft carrying 7,700 pounds (3,493 kilograms) of cargo was delayed because of bad weather.

The cargo, according to Ashley Strickland, includes a number of health-related items, such as the Moon Microscope kit. “The portable handheld microscope will allow astronauts to collect and send images of blood samples to flight surgeons on the ground for diagnostics and treatment, she writes.

Kirt Costello, chief scientist at NASA’s International Space Station Program and a deputy manager of the ISS Research Integration Office said: “It is fairly important to our exploration goals at NASA to be able to sustain the crew with not only nutrition but also to look at various types of plants as sources for nutrients that we would be hard pressed to sustain on the long trips between distant destinations like Mars and so forth.”

As Strickland notes, astronauts have grown and tasted different types of lettuce, radishes and chiles on the International Space Station before. Now, she says, “the crew members can add some dwarf tomatoes — specifically, Red Robin tomatoes — to their list of space-grown salad ingredients.”

“I Should Not Be Subjected Into Applying For Azimio’s Running Mate Position,” Kalonzo Musyoka