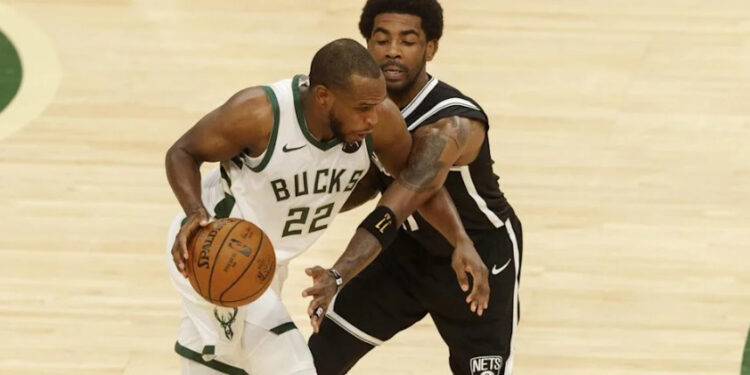 “Kai is still getting treatment … he’s got some miles to make up, but progressing and sticking to his rehab,” Nash said. “He is officially out.”

That leaves the Nets down to Kevin Durant, who’s been on a tear in this series, averaging 33.3 points, 10.8 rebounds, 5.3 assists, 1.7 steals and 1.2 blocks per game in the first six games, and a hobbled James Harden, who had a bounce back game of sorts on Thursday with 16 points, seven assists and four steals after going scoring just five points on 1-for-10 shooting in Game 5 — his first time back from a three-game absence due to a hamstring injury.

But even with the two former MVPs available for Game 7, defeating this hungry Bucks team in a win-or-go-home series finale won’t be easy in any way, shape or form.

If the Nets manage to scrape out the pivotal win on Saturday night, Nash says that we could still see Irving play at “some point” during these playoffs.

“If we’re able to advance, I think he’ll be back at some point,” Nash said.

“So, I don’t know if that’s in a few days, in a week or beyond, but it’s not a season-threatening situation.”

Scientists have Developed a Cheaper Process of Diagnosing Alzheimer’s Disease

Jumia to Close Their Dubai Office