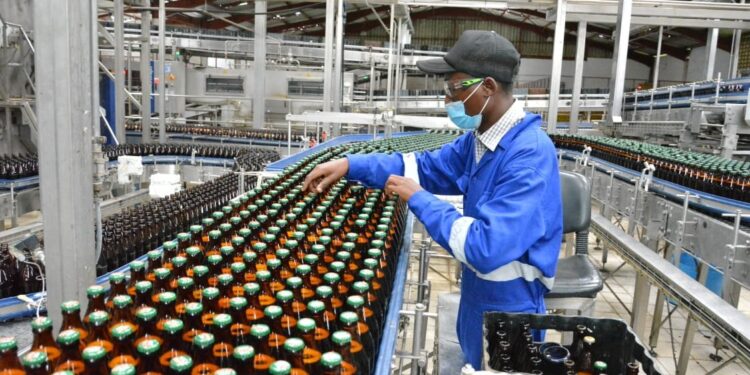 Bar owners in the country have raised opposition on the  move to increase excise duty on beer products.

Bar Hotels Liquor Traders Association (BAHLITA) Secretary General Boniface Gachoka, says the increase will have a  crippling effect on the sector which he says is yet to recover from the Covid-19 economic effects

Gachoka says the increases on excise duty on beer will translate into an increase in prices.

“There is a need to give time to investors in the Bar and Restaurant industry to recover from the effects of COVID-19. Two years down the line, the industry is still struggling to get back to its feet”.Gachoka stated

The Kenya Revenue Authority(KRA)  is in the process of collecting public views on the proposed implementation of the Inflation Adjustment of the specific rates of excise duty by 6.3 percent.

KRA seeks to increase the rate of Excise Duty by 6.3 percent which represents the average inflation rate recorded in the last 2021/2022 financial year to cushion the government’s revenues from being eroded by imported inflation.

According to the tax collector  the products that are targeted for price increases include beer, bottled water, cider, fruit juices, berry and other fermented drinks.

“Our argument is that the impact of 2 major successive excise tax increases in less than 3 months negatively impacts consumer welfare and increases illicit trade and cost of living since petroleum products are included in the proposed increase. Also, it has the effect of putting a knee on the necks of an already burdened population,” said Gachoka

He added “To put this into context, following the 10% and 20% excise increase on beer and spirits effected through the Finance Act 2022 in July 2022, alcohol consumption has declined in favor of illicit. We have observed a decline of 21% and 32% in barley and sorghum-based beers respectively”.

BAHLITA says the increase in taxes will  lead to the growth of illicit alcohol trade from the current 44% as a situation that will jeopardize our consumers’ health, increase government spending on its health facilities and reduction of revenue for the government.

“Locally manufactured finished goods distribution and retail alcohol trade (which is dominated by Micro and Small Enterprises-MSMEs) is expected to lose KES 4.2Bn in reduction of raw material use, KES 15.7Bn in employment income loss, and 35,364 jobs will be lost” said Gachoka

The association says that arbitrary increase in taxes by KRA goes against the principles of public finance that encourage tax predictability.

The bar owners want the  Government invest  resources in enforcing compliance to protect revenue and market share from untaxed alcohol and counterfeit.

Student Detained After Stabbing Classmate To Death In Kericho