by Jackson Okata
in Crime, Nairobi
0 0
0 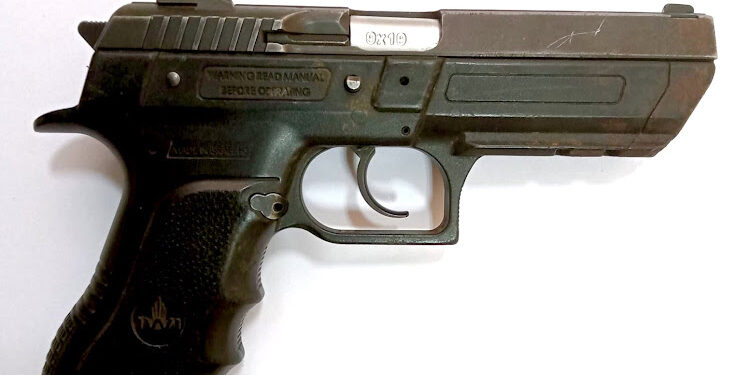 The officer reportedly lost his weapon while on a motorbike.Photo/Courtesy

The officer says that he lost his pistol while riding on a motorcycle.

The incident happened on Monday night in Industrial Area.

The officer says the pistol with 14 bullets dropped off a holster as he rode on a motorcycle.

Detectives have launched a search for the the missing gun.

National Police Service(NPS) says that such weapons usually end in the hands of criminals who use them to cause havoc.

In 2018, a pistol that was stolen from a police officer after he was stupefied in Nairobi was linked to a whopping 28 robbery incidents in the city.

The criminals were using the weapon to stage robberies in Mpesa shops around Nairobi.

DCI detectives say that a gang in Nairobi used a stolen firearm to steal an estimated Sh10 million from Mpesa agents.

All the robberies happened in up-market Nairobi estates

Some Mpesa agents have lost their lives while others bear permanent bullet marks that will forever be a sad reminder of their encounter with the unforgiving gangs.

Police officers have also been targets of the gangs

Chebukati:It Will Be Hard For Losers To Challenge Results