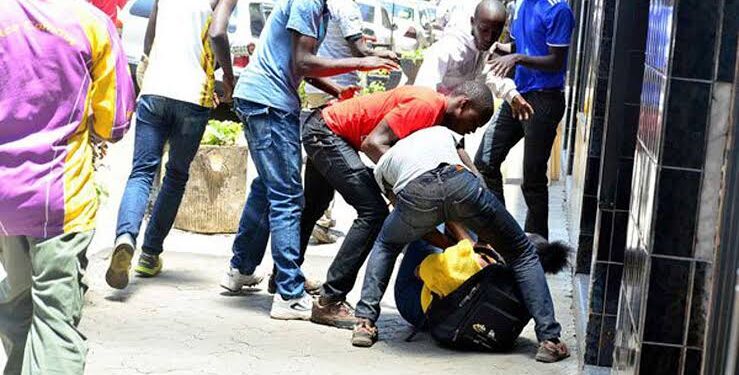 Kenyans have taken to social media to condemn the surging cases of insecurity in various parts of Nairobi, including the CBD.

Quite a number of victims and other concerned citizens called on the government to beef up security in most areas while shunning the many rising cases of mugging in the city.

Countless Kenyans aired their views through different social media platform as they pleaded with the government to bring back the just disbanded Special Service Unit.

According to millions of Kenyans, the upsurge in insecurity has been experienced because of the disbandment of the secret police unit.

Most, including police officers drawn from different units and who sought anonymity insisted the SSU used to successfully combat the insecurity cases.

Judging by various comments from different Kenyans on social media seen by The Kenya Times, it is clear most had faith in the SSU who made the streets safer to operate and even walk in.

The concerns were raised following a revelation by a Nairobi nurse who warned Kenyans of specific areas in Nairobi where crime seems to have taken the day.

The nurse, through a long and viral Facebook post, disclosed that they have been receiving many cases of stab wounds and even death perpetrated by thugs in Nairobi.

Following the nurse’s revelation, many victims came out and shared their experiences in the hands of city thugs who’ve been operating without fear and causing harm to many Nairobians.

A throng insisted Nairobi streets would be safe if the disbanded SSU was still operating.

It should be noted the SSU was recently cancelled by the government.

Among the main reasons stated for the disbanded of the SSU was that members from the squad were involved in countless extrajudicial killings.

While defending the unit, many anonymous police officers disclosed their hands are tied and cannot deal with the thugs properly due to interference from the IPOA.

The cops noted that most of them can no longer use their mandate and weapons to counter crime, fearing that IPOA might file cases against them over the same.