by Douglas Mwaruwa
in Entertainment
0 0
0 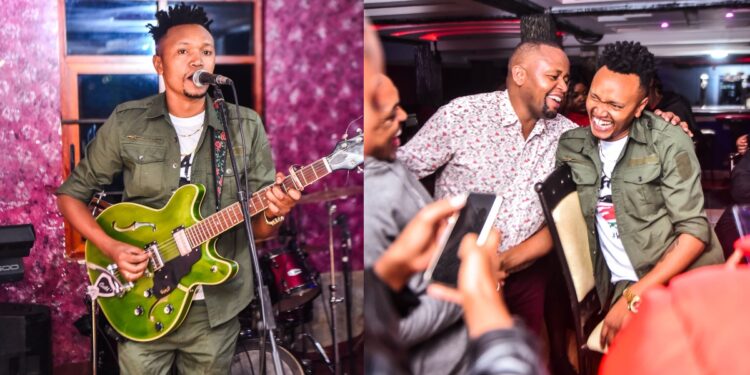 Popular Mugithi singer Kamoko has dragged a well-known Ruaka based Night club online after the management failed to pay for his performance.

In a long lost seen by The Kenya Times, Kamoko called out the club’s management for refusing to pay him for service delivered.

To emphasise his point, the musician told fellow creatives to do business with Stingers Palace at their own risk.

According to the Mugithi singer, a one Julius Kibe, started taking him round in circles after he had performed at the club.

Kamoko disclosed Kibe, has been hesitant to pay him claiming he did not make more sales as he had anticipated during the former’s show.

“Hallo fellow Artists and Dj’s this is a red light warning ⛔️ ⚠️ ⛔️ DONT perform at this club called  STINGERS PALACE   in Ruaka opposite Havilla without your full payment before the show ,because the guy will start  asking for renegotiation on the price you agreed after the show .If you don’t agree on renegotiating he decides what to pay and when to pay you. So finally nilimwambia lipa kenye unataka because I have people who work with me and they have families to feed but ata hiyo pesa hajalipa mpaka saa hii and he doesn’t care 🤔 JULIUS KIBE  0722 828262 or whatever you call yourself Shame on you! Kama huna pesa ya kulipa artists kuna clients serious wako ready kufanya biashara.sina time ya lawyers I’m a bzy man .wasanii mjichunge ⛔️. Samidoh DJ DIBUL Dj fatxo Jose Gatutura90k Ka Msoh Tonny Young PageWaithaka wa janeJoyce wamamaaKajei Salim Official Joy Wa Macharia

Kamoko’s case angered many Kenyans online who joined him in calling out the Ruaka based establishment while demanding them to pay the singer his dues.

His, however, is not unique in Kenya as countless creatives have endlessly come out to accuse different entities of failing to pay them for services rendered.

From big shots, to upcoming many have been scammed in their line of duty, making the entertainment industry one of the most complex  fields.

Douglas Baya is an Entertainment Correspondent / Reporter for The Kenya Times.

Body Of Missing Woman Discovered At A Rental House in Baringo