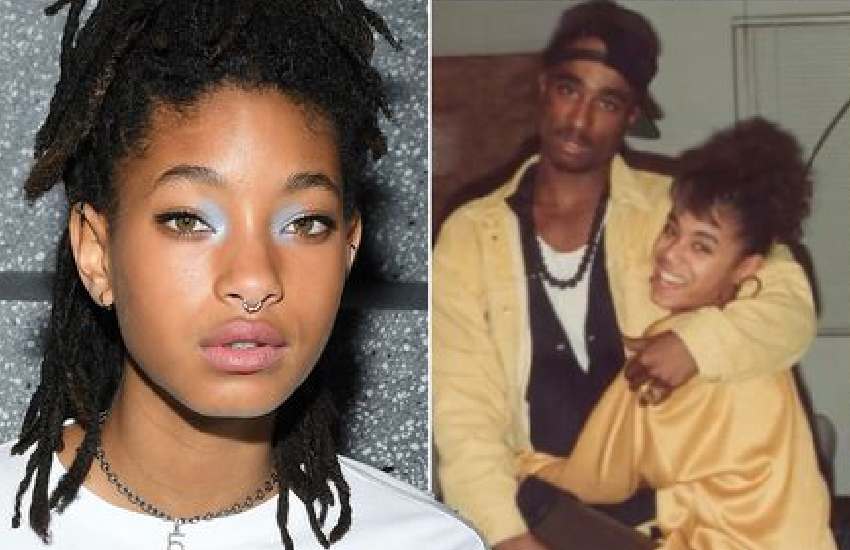 A letter in which Willow Smith begged Tupac to return and make her mum Jada Pinkett Smith happy has resurfaced online in the wake of marriage rumors surrounding Jada and Will.

Jada and Tupac had shared a very close bond before the rapper’s untimely death in 1996. Just last year Jada, 48, admitted that she still thinks about the hip hop star ‘every single day’.

Back in 2012, Jada’s daughter Willow posted a letter she’d written to Tupac about her mother on Instagram, which was later taken down.

The note is alleged to have read: “Dear Tupac, I know you are alive someplace. I think that my mommy misses you. Can you come back so mommy and me can be happy! I wish you were here… I really do! Love, Willow.”

Willow’s deleted letter has been discussed on social media again following rumors about her parents having an open marriage being feverishly discussed.

This week, August Alsina, 27, claimed that Will Smith gave ‘his blessing’ for him to have an affair with Jada that lasted years.

“I actually sat down with Will [Smith] and had a conversation,” Alsina said in an interview with The Breakfast Club.

“He gave me his blessing.”

Jada’s representatives have since responded to Alsina’s allegations calling them ‘absolutely not true’.

The post – entitled The Blossoming of the Bhakti-lata – used the illustration of a flower to demonstrate how outside factors can influence a person’s roots.

While Willow’s post didn’t directly reference the latest controversy surrounding her famous family, it did speak about ‘devotion’ and the ‘moods’ of parents.’ It comes after the teenage singer and actress’ childhood letter calling for Tupac to return has also been much discussed.

Many conspiracy theorists still believe the hip hop legend is alive and succeeded in faking his death to escape the limelight.

Jada’s relationship with Tupac started in their childhood and even her husband Will Smith has admitted to being jealous of their ‘complex relationship’.

The pair both attended the same high school in Baltimore and stayed in contact as their careers took off.

Sadly, Jada and Tupac had a falling out just before the Changes rapper was shot dead.

Will later admitted he’d been extremely envious of Tupac’s bond with his wife and claimed he’d been the ‘image of perfection. in her eyes. Will said he refused to even speak to him when they were in the same room.

“They grew up together and loved each other but never had a sexual relationship,” explained Will. “But they had come into that age where now that was a possibility, and then Jada was with me, so Pac had a little thing on that.”

Rumors that Jada and Will had an open marriage began in 2013 when the actress told The Huffington Post: “Will is his own man. I’m here as his partner, but he is his own man.”

Asked to expand on her comments during an interview with Howard Stern in 2015, Jada explained: “At the end of the day, I’m not here to be anybody’s watcher,” she said. “I trust that Will is a man of integrity. So, he’s got all the freedom in the world.”

When this only encouraged rumors about her marriage to Will, Jada addressed the claims again on her own Facebook page: “Will and I BOTH can do WHATEVER we want, because we TRUST each other to do so. This does NOT mean we have an open relationship… this means we have a GROWN one.”

Of Happiness and Memes