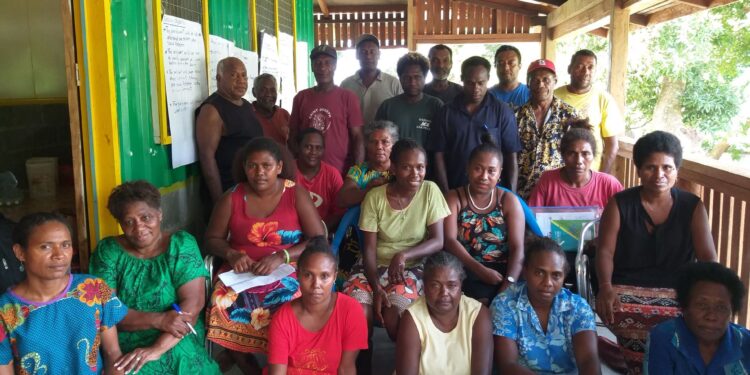 Ensuring inclusive and equitable quality education for any gender as well as promoting lifelong learning opportunities for all is Sustainable Development Goal (SDG) number four.

Education is a major factor in the 2030 Agenda for Sustainable Development: it is a stand-alone goal but also present as targets under other SDGs on health, growth and employment, sustainable consumption and production, and climate change.

Moreover, the 2030 Agenda for Sustainable Development emphasizes on a strong narrative towards achieving gender equality, acknowledging it as a guiding principle linked to the realization of the right to education and stating that women and girls should be equally empowered in and through education.

Gender Equity is a human right necessary for achieving broader social, political, and economic development goals, as stated in the Agenda for Sustainable Development.

Likewise, gender equality is inherently linked to the right to quality education for all and to achieve this, we need an approach that ensures that girls and boys, women and men, access, complete and are equally empowered through quality education.

Nevertheless, the promotion of gender equality has over time become one of the main goals of inclusive education. However, the distribution of male and female students in education is still unbalanced. According to a study by Hey (2010) the problematic situation is as follows: The last 100 years have seen a strong equalization in terms of rights and duties of the two genders. Women’s rights, access to education, labor participation have quickly matched those of men.

However, there remains vast differences in equal opportunities to date, for instance in terms of wages and job designations.

Studies reveal that an extra year of schooling by a mother reduces infant mortality rate by 5 to 10%. If all girls and women were educated, child deaths in the nation and world at large would be cut in half, hence saving more than 3 million lives a year.

Studies show that a child born to a mother who can read is 50% more likely to reach their fifth birthday. And if all mothers completed their primary education, maternal deaths would be reduced by two thirds, saving 98,000 lives.

However, due to lack of empowerment and resources in many places to educate, women and girls face life-threatening risks.

Educating both men and women has significant impact on the growth of a country’s economy. With education, we grow a network of working individuals. Empowering women to work benefits both the individual and the economy. McKinsey Global Institute report states that if women were to play an identical role in labor markets to that of men, as much as $28 trillion, or 26%, could be added to global annual GDP by 2025.

However, women consistently face barriers to accessing labor markets globally. UNESCO reported that more than 2.7 billion women are legally restricted from having the same choice of jobs as men. Moreover, ensuring women not only earn the same salaries as their male counterparts but also get the same access to economic independence boosts economies.

This is because, when opportunities are shared equally, other basic needs, like healthcare, education, and adequate food and water, are more likely to be available for the whole family.

Women are not well-protected from domestic sexual and economic violence under the law. Such types of violence affect a woman’s safety and freedom. Girls who are married off young are less likely to receive a complete or quality education.

In addition, child brides often suffer from higher discrimination, violence, and increased maternal mortality rates. Forced and early marriage is a factor that contributes to the belief that men and women can be treated differently, based on gender stereotypes that vary from culture to culture.

Therefore, if the government addresses such stereotypes and inequities, there will be an improvement in the legal system.

Gender equality in healthcare leads to better health for all. Some researchers deduced that in general, women receive worse medical care than men. Some of the reason for this include lack of education and lower income for women. Moreover, sexism present in the medical research community also leads to worse care. Studies show that diseases affecting women more than men are not as well-researched hence proving unfair treatment in the medical sector. If women are equal in society, their health will be impacted positively.

If both boys and girls are educated and all resources including job opportunities are provided equally then poverty rates of a country will reduce. The gender gap in poverty grows wider when girls are not educated and married off to become housewives. Moreover, gender inequality keeps women and their families trapped in cycles of poverty but when a woman receives better education, healthcare, and job opportunities poverty rates goes down. This is a sustainable, highly effective way to reduce poverty.

If you want to destroy a nation, destroy education! Education is the pathway to sustainable development. Education is a shared societal endeavor, which involves an inclusive process of public policy formulation and implementation, in which civil society, educators, the private sector, communities, families, youth and children have important roles. As such, the state has the role of setting and regulating standards and norms.

Furthermore, gender equality is connected to the right to education for all. To achieve gender equality the state requires a right-based approach which ensures that both boys and girls, women and men gain access to complete education cycles, as well as being empowered equally in and through education.

Remittances to Kenya Increased by 3.9% in November Compared to September