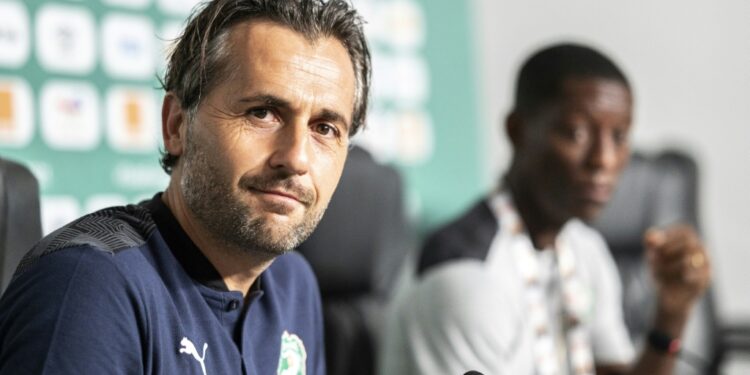 Ivory Coast coach Patrice Beaumelle on Wednesday railed against the state of the pitch in Douala where his team must face Algeria in a decisive final Africa Cup of Nations group match.

Beaumelle was speaking about the farcical error in injury time by Ivory Coast goalkeeper Badra Ali Sangare that gifted Sierra Leone a 2-2 draw in Sunday’s meeting of the sides in Cameroon’s economic capital and prevented the Elephants from securing a last-16 berth.

“I think this part of the pitch is a disaster. Everybody knows,” said Beaumelle.

“The pitch is decent.

“I didn’t say it is fantastic, it is decent, but day after day, game after game, of course when you use a pitch it is quite difficult to maintain in a good condition.”

His comments come amid rumours that AFCON organizers may choose to move remaining matches scheduled to be played at the Japoma Stadium in Douala to one of two venues in the capital Yaounde.

The Japoma Stadium is due to host two matches on Thursday, with the Ivorians facing Algeria in their Group E finale before Mali take on Mauritania in Group F.

It is then due to host a last-16 tie on January 26, two quarter-finals and a semi-final.

Meanwhile, Beaumelle said he retained faith in Sangare after his catastrophic error against Sierra Leone and suggested the 35-year-old would retain his place despite also learning of the death of his father shortly after that match.

“It is a chain of events that have been difficult to deal with for him and the team,” said Frenchman Beaumelle.

“From a footballing viewpoint he felt responsible. I said to him that great players also make mistakes.

“He hurt his knee in that incident but he underwent examinations during the night and there was no ligament damage. It was just a heavy knock.

“We are always wary, but it looks like he will have the green light.

“As for the personal tragedy he has gone through, it is very difficult. We had to get up at 4am with some of the senior players to speak to him about it.

“It has been a challenging time but Badra remains focused. Everyone still has faith in him.”

Beaumelle said he was hopeful Manchester United center-back Eric Bailly would be able to play despite needing stitches in wounds to his scalp and his lip following a nasty head knock that has prevented him from training.

Wilfried Zaha is also hoping to recover from a shoulder knock in time to play.