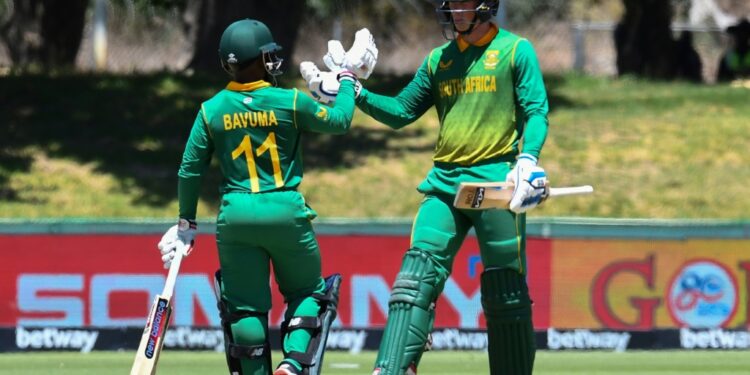 Temba Bavuma and Rassie van der Dussen hit centuries and enabled South Africa to recover from a slow start in the first one-day international against India at Boland Park in Paarl on Wednesday.South Africa made 296 for four after winning the toss and batting on a slow pitch.

The pair put on 204 for the fourth wicket after South Africa had struggled to 68 for three in the 18th over.

It was also Van der Dussen’s second hundred in the format after he scored 123 not out against Pakistan last season.

He faced only 96 balls and hit nine fours and four sixes. Two of his sixes came off free hits after Shardul Thakur bowled no-balls.

India were guilty of some poor ground fielding on a swelteringly hot day in the Cape Winelands.

Virat Kohli, who resigned as Test captain on Saturday following the 2-1 defeat by the Proteas, was included in the India line-up.