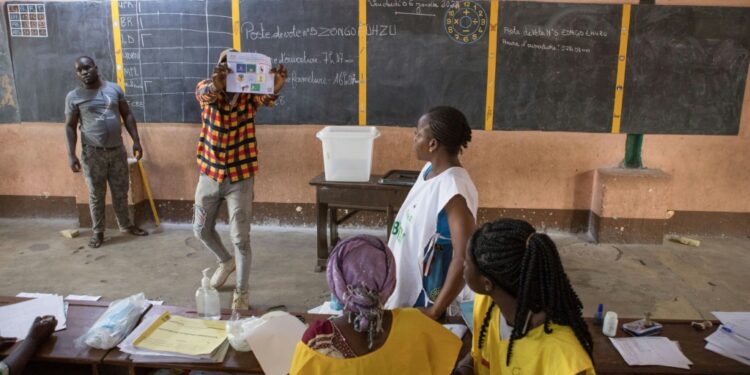 Benin’s electoral officials were tallying ballots Tuesday from a parliamentary vote seen as a key test of democracy in the West African state.

Results from Sunday’s vote, which observers from the regional bloc ECOWAS hailed as peaceful and calm, are expected by the end of the week.

Talon, a cotton magnate first elected in 2016 and re-elected in 2021, has promoted political and economic development but, say critics, at the cost of stifling Benin’s once-vibrant political culture.

Four years ago, opposition parties were effectively barred from participating in a legislative ballot due to a tightening of election rules, resulting in a parliament dominated by Talon supporters.

Most of Talon’s key opponents have also been jailed or forced into exile.

The 2019 vote was marred by deadly clashes in an opposition stronghold, historic low turnout, and an internet blackout.

On Sunday 6.6 million Beninese were eligible to go to the polls to elect the 109 members of parliament for a term of three years.

“The compilations are underway and before the end of the week, we should have the voting trends,” said one source in the country’s CENA electoral authority.

On Monday afternoon, the last ballot boxes had been delivered to the electoral commission.

The ballot, it added, was well organized across the country and in accordance with Benin and ECOWAS standards.

Opposition leaders, who hope their parties gain seats in parliament in preparation for 2026 presidential elections, praised their supporters’ participation.

“Our people have spoken out unambiguously for the restoration of democracy and freedom of choice and expression,” jailed opposition leader Reckya Madougou said in a statement published online.

In December 2021, Madougou was sentenced to 20 years in prison on a charge of terrorism, while Joel Aivo — another opposition leader and academic — was jailed for 10 years for alleged conspiracy against the authority of state.

Both were tried by a special court dealing with terrorism and economic crimes, known as the CRIET. Critics say the court, created by Talon’s government in 2016, has been used to crack down on his opponents.

The legislative vote took place as Benin and other Gulf of Guinea coastal countries, Ghana, Togo and Ivory Coast, face an increasing threat of jihadist violence spilling over their northern borders with the Sahel.