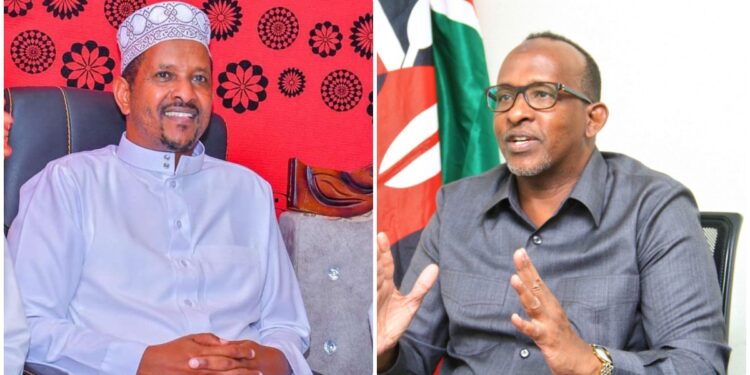 Defense Cabinet Secretary Aden Duale has defended his involvement in the succession politics for the Garissa Township Parliamentary seat whose by-election is set for tomorrow, Thursday, January 5.

In July 2022 before the August General Elections, Ruto who was on the campaign trail in Kitui and Makueni counties castigated a section of public servants whom he accused of campaigning for the Azimio la Umoja One Kenya Alliance.

“You are servants of the people of Kenya, you are protected by the law to serve all Kenyans equally,” Ruto said.

“They have begun instructing chiefs and Assistant County Commissioners (ACC) by asking them to attend political meetings,” Kingi said.

“These people (Azimio la Umoja One Kenya Alliance Coalition) are now using chiefs in their campaigns by asking them to attend security meetings only for the chiefs and ACCs to be instructed to campaign for Raila,” Mutua added.

However, Duale who has publicly mobilized votes for Dekow argues that the law allows him to take part in the succession politics of his former parliamentary seat.

“The law allows me to campaign but not to use State machinery. The difference between us and Uhuru’s regime is that they use state machinery,” Duale told The Standard.

Duale has been accused by Dekow’s opponents of using State power to root support for the UDA candidate. Dekow will be facing Nassir Dolal Jofle of the United Democratic Movement and Democratic Party’s Abdikarim Osman.

Section 23 (1) of the Leadership and Integrity Act states that: an appointed State officer, other than a Cabinet Secretary or a member of a County Executive Committee shall not, in the performance of their duties – act as an agent for, or further the interests of a political party or candidate in an election; or manifest support for or opposition to any political party or candidate in an election.