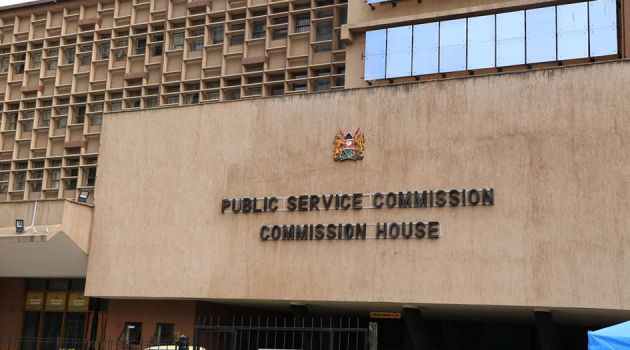 Public Service Commission Headquarters in Nairobi.A report tabled in Parliament shows that male officers take a huge chunk of promotions in the service.Photo/Courtesy

A report released by the Public Service Commission (PSC) has shown that male civil servants took a huge share of promotions  in the last year.

The report tabled in the National Assembly shows that seven out of 10 officers promoted in the civil service in the last year were men.

According to the report, during the 2021/2022 financial year, a total of 6,172 promotions were recorded in the civil service.

“Promotion of officers is a human resource function aimed at ensuring that officers ascend to higher positions in the grading structure based on merit.

“The promotions that were made were intended to fill staffing gaps, boost morale and improve retention and service delivery,” reads the report in part.

The State Department of Gender had the highest number of promotions at 2,226 while the Ministry of Foreign Affairs had the lowest number with only one male officer promoted during the year.

Further, the report shows that only four ministries had the number of female officers promoted being more than their male counterparts.

In terms of individual Ministries, the Gender department recorded the highest number of promotions at 2,226.

In the State Department for Early and Basic Education 786 were promoted with 574 being male and 212 being female.

The Ministry of Interior and Coordination of National Government recorded 233 promotions, 174 were male (74.7 per cent) while female officers were 59 (25.3 per cent).

The Ministry of Petroleum and Mining, Department for Cooperatives and Department for Housing and Urban Planning had less than 10 promotions each at eight, four and two, respectively.

The report says promotions in the public service were through competitive processes and succession management.

At the same time, some 3,958 officers exited public service in the past year.

The exit was occasioned by various reasons, including attaining the mandatory retirement age, death, end of contract, 50-year rule, dismissal and resignation.

3,144 officers exited public service due to attainment of the mandatory retirement while 17 left after their contracts ran out.

During the said period, the Public Service Commission dismissed a total of 109 officers due to various disciplinary reasons.

“The commission exercises disciplinary control as an integral part of the human resource management function in the public service.

“It is intended to contribute to performance improvement and productivity, maintenance of high standards of integrity and upholding the dignity of the office to which public servants are appointed,” reads the report.

Posta Enters into Partnership with Tanzania