Meg Whitman Takes Over AS US Ambassador To Kenya 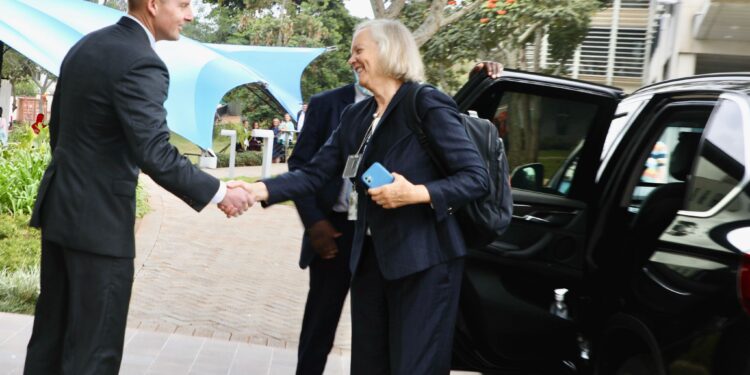 New US Ambassador to Kenya Meg Whitman is received by Eric Kneedler, Chargé d'Affaires at the American Embassy in Nairobi on Monday, August 1, 2022. PHOTO/U.S. Embassy Nairobi/Twitter

The New US Ambassador to Kenya  has arrived in the country to take u her new posting.

Her arrival comes two weeks after the US Senate approved her appointment by President Joe Biden.

She previously contested for California governorship on the Republican ticket.

She is also a long-time technology industry executive with an estimated worth of US500 billion.

She also served in the presidential campaign secretariat of Mitt Romney

While announcing her appointment in December last year, the White House described her as a lady who boasts several honours in both politics and business.

Rwandan woman finds herself in court for genocide after being deported from the U.S