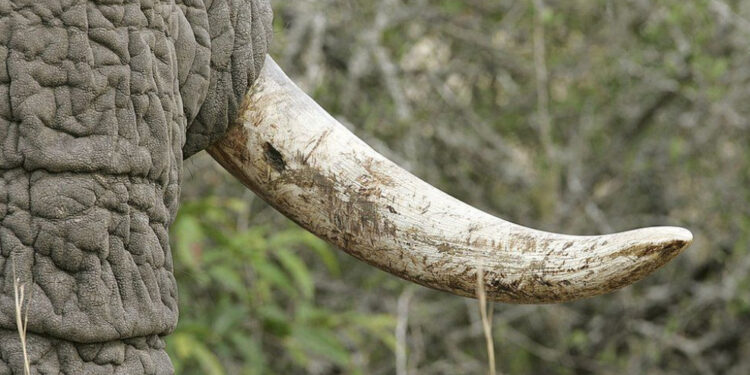 2.3k
SHARES
7.8k
VIEWS
Share on FacebookShare on TwitterShare on WhatsApp
Indictment Alleges Conspiracy to Smuggle at Least 190 Kilograms of Rhinoceros Horns and at Least 10 Tons of Elephant Ivory Valued at More Than $7 Million.

Audrey Strauss, the United States Attorney for the Southern District of New York, announced today that MANSUR MOHAMED SURUR, a/k/a “Mansour,” a Kenyan citizen, was extradited from Kenya and arrived in the United States this morning.

SURUR was arrested by Kenyan authorities on July 29, 2020, in Mombasa, Kenya, on charges of conspiracy to traffic in rhinoceros’ horns and elephant ivory, both endangered wildlife species, which involved the illegal poaching of more than approximately 35 rhinoceros and more than 100 elephants.

In addition, SURUR was charged with conspiracy to commit money laundering and conspiracy to distribute and possess with intent to distribute more than 10 kilograms of heroin.  SURUR’s co-defendant, Moazu Kromah, a/k/a “Ayoub,” a/k/a “Ayuba,” a/k/a “Kampala Man,” a citizen of Liberia, was previously deported to the United States from Uganda on June 13, 2019.  Co-defendant Amara Cherif, a/k/a “Bamba Issiaka,” a citizen of Guinea, was extradited to the United States from Senegal on April 3, 2020.  Co-defendant Abdi Hussein Ahmed, a/k/a “Abu Khadi,” a citizen of Kenya, remains a fugitive.

SURUR is expected to be arraigned later today before U.S.  Magistrate Judge Debra Freeman.  The case has been assigned to U.S. District Judge Gregory H. Woods.

Manhattan U.S. Attorney Audrey Strauss said: “Mansur Mohamed Surur is alleged to be a member of an international conspiracy to traffic in rhino horns, elephant ivory, and heroin.

The enterprise is allegedly responsible for the illegal slaughter of dozens of rhinos and more than 100 elephants, both endangered species.

The excellent work of the Fish and Wildlife Service and the DEA has put an end to this operation.”

According to allegations in the Indictment

Kromah, Cherif, SURUR, and Ahmed were members of a transnational criminal enterprise (the “Enterprise”) based in Uganda and surrounding countries that was engaged in the large-scale trafficking and smuggling of rhinoceros horns and elephant ivory, both protected wildlife species.

From at least in or about December 2012 through at least in or about May 2019, Kromah, Cherif, SURUR, and Ahmed conspired to transport, distribute, sell, and smuggle at least approximately 190 kilograms of rhinoceros horns and at least approximately 10 tons of elephant ivory from or involving various countries in East Africa, including Uganda, the Democratic Republic of the Congo, Guinea, Kenya, Mozambique, Senegal, and Tanzania, to buyers located in the United States and countries in Southeast Asia.

The defendants received and deposited payments from foreign customers that were sent in the form of international wire transfers, some which were sent through U.S. financial institutions.

On a number of occasions, Kromah, SURUR, and Ahmed met with a confidential source (“CS-1”), both together and separately, concerning potential purchases of elephant ivory and rhinoceros’ horn.

During these meetings and at other times via phone calls and electronic messages, CS-1 discussed with Kromah, SURUR, and Ahmed, in substance and in part, the terms of such sales, including the price, weight, or size of the rhinoceros’ horns, as well as payment, destination, and delivery options.

CS-1 also discussed with Cherif via phone calls and electronic messages, in substance and in part, the terms of the sales, as well as how to send payment for rhinoceros’ horns from a United States bank account located in New York, New York.  On or about March 16, 2018, law enforcement agents intercepted a package containing a black rhinoceros’ horn sold by the defendants to CS-1 that was intended for a buyer represented to be in New York, New York.

From in or about March 2018 through in or about May 2018, the defendants offered to sell CS-1 additional rhinoceros’ horns of varying weights, including horns weighing up to approximately seven kilograms.

On or about July 17, 2018, law enforcement agents intercepted a package containing two rhinoceros horns sold by the defendants to CS-1 that were intended for a buyer represented to be in New York, New York.

The maximum potential sentences are prescribed by Congress and are provided here for informational purposes only, as any sentencing of the defendant will be determined by the judge.

Ms. Strauss praised the outstanding investigative work of the U.S. Fish and Wildlife Service and the U.S. Drug Enforcement Administration.

In addition, she thanked law enforcement authorities and conservation partners in Uganda as well as the Kenyan Directorate of Criminal Investigations and the Kenyan Office of the Director of Public Prosecutions for their assistance in the investigation.

Ms. Strauss also thanked the U.S. Department of Justice’s Office of International Affairs for their assistance and noted that the investigation is continuing.

The prosecution of this case is being handled by the Office’s Complex Frauds and Cybercrime Unit.  Assistant United States Attorneys Sagar K. Ravi and Jarrod L. Schaeffer are in charge of the prosecution.

The charges contained in the Indictment are merely accusations.  The defendants are presumed innocent unless and until proven guilty.