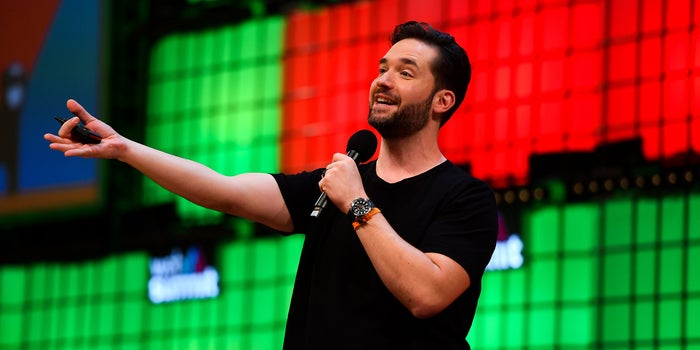 939
SHARES
5.4k
VIEWS
Share on FacebookShare on TwitterShare on WhatsApp

Alexis Ohanian, a co-founder of social media platform Reddit, resigned from his position as the executive chairman last week, and has urged a black replacement, according to The Associated Press.

“I believe resignation can actually be an act of leadership from people in power right now.

I have resigned as a member of the Reddit board, I have urged them to fill my seat with a black candidate, and I will use future gains on my Reddit stock to serve the black community, chiefly to curb racial hate, and I’m starting with a pledge of $1M to Colin Kaepernick’s Know Your Rights Camp.”

On the surface, it addresses the concerns laid out by numerous African American writers urging white people who actually care about diversity to show it by doing more than including trending hashtags on their social media posts.

Tiffany Ashley Bell, founder of The Human Utility, wrote an article on Medium in which she asked business leaders, “What are you willing to do differently now? Will you talk to your people ― or will it be business as usual at your next all-hands?

Company leaders need to do more than the bare minimum of performative allyship with hashtags and changing social media profile photos. Your people are watching and taking cues from you.”

Ohanian, who is married to tennis icon Serena Williams, did do more. In the eyes of many, it was the definition of leading by example.

Not everyone sees it that way, though, and you don’t have to look far in the comments to find those people. They accuse Ohanian of pandering or using social unrest as a smokescreen for distancing himself from the controversial platform he helped found.

His announcement could end up being a landmark moment in tech, inspiring a domino effect of attitude and policy shifts with regard to diversity. Or, to the skeptics’ point, it could generate no meaningful difference and instead represent a huge missed opportunity to stick around and bring about change from the inside to a company that desperately needs it.

Leadership, both in and out of business, is an art, not a science.

It has more to do with feelings than it does formulas. It requires acute situational awareness and empathy.

We’re inundated with articles that tell us otherwise (heck, I’m probably even guilty of writing some myself), but there is no amount of advice or training that will magically ensure you make the right decisions.

Even when you do something that feels intuitively, objectively right, others will question it.

On the other hand, it could be years before the extent of your mistakes becomes clear. No matter what, you’ll face disapproval every step of the way.

This is undoubtedly something that Ohanian knows all too well. And it’s why, amid current events, Ohanian could have avoided any debate over whether he was right or wrong by simply doing nothing.

Instead, he made a choice he felt was right, knowing that it would generate some amount of disagreement and dislike. In that sense, I’d argue that he is more of a leader in resignation than he ever was as a board member of Reddit.

Now, he’s fulfilled a requirement of all true leaders: doing something when nothing is an option.

Whether at home, at work or in public, that’s an aspect of leadership we could all aspire to more.

Final Voters Roll To Be Ready By June 9,Says IEBC