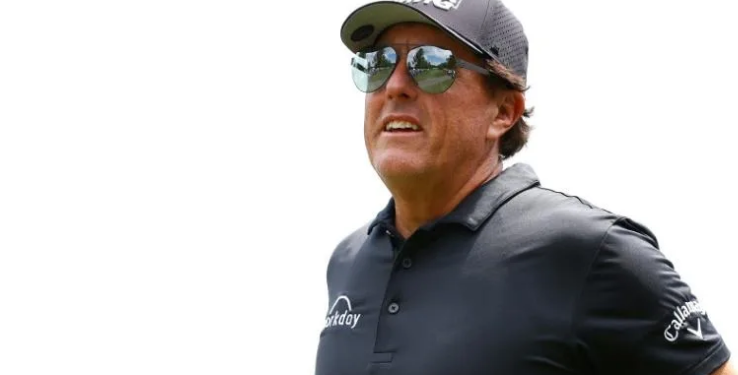 Five-time major winner Phil Mickelson has received a rare special exemption into the 121st US Open, where he will try to complete a career Grand Slam, the US Golf Association said Friday.

The 50-year-old American left-hander has never won the US Open but has finished second a record six times and will make his 30th start in the event when it is staged June 17-20 at Torrey Pines, near Mickelson’s San Diego home.

“Phil Mickelson’s incredible USGA playing record and overall career achievements are among the most noteworthy in the game’s history,” USGA chief executive officer Mike Davis said. “We’re thrilled to welcome him to this year’s US Open at Torrey Pines.”

“Winning the US Open has been a lifelong and elusive dream and I’ve come close so many times,” Mickelson said.

“You can’t win if you don’t play. I’m honored and appreciative of the USGA for the opportunity and look forward to playing in my hometown on a golf course I grew up on.”

If Mickelson should win the US Open, he would join Tiger Woods, Jack Nicklaus, Gene Sarazen, Ben Hogan and Gary Player as the only players to capture all four major titles in their careers.

Hale Irwin is only player to win on a special exemption, doing so in 1990.

It will be the first major at Torrey Pines since Woods won the 2008 US Open in a playoff over Rocco Mediate.

Ruto To Uhuru: I’m Not Asking For Your Support, Give Me Space To Deal With Raila