One Al-Shabaab Militant Gunned Down by KDF Soldiers Lamu 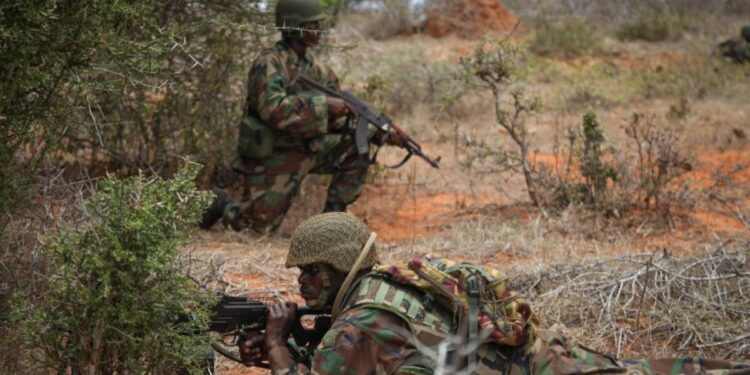 The Kenya Defense Forces (KDF) troops on Wednesday killed one Al-Shabaab militant and injured several others in Milimani, Lamu County.

The Military men, who are part of Operation Amani Boni, were reportedly on patrol when they came across a terrorist cell on the Milimani-Baure main supply route.

One AK47 rifle and three magazines were recovered from the scene, while the soldiers are presently on the hunt for the militants who fled with bullet wounds.

“No injuries were recorded on KDF troops during the encounter,” read a statement to newsrooms.

“KDF troops alongside other security agencies under Operation Amani Boni, remains committed to pacifying the area and degrade the Al Shabaab terrorists.”

Ukraine accuses Russia of genocide after Bombing of Children's Hospital