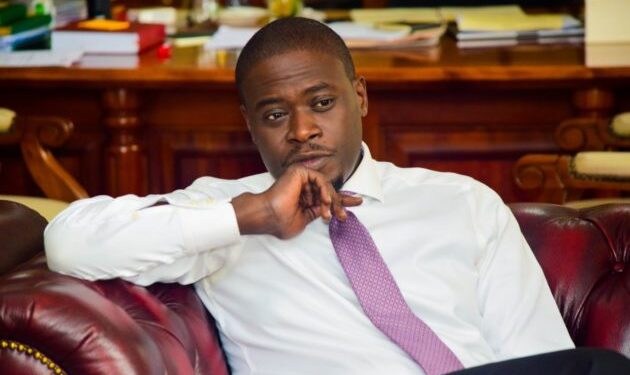 Nairobi Governor Johnson Sakaja has warned that those engaged in crime will not be spared.Photo/Couresy

On Sunday,Sakaja warned those engaging in criminal acts that they will face the law.

In the past few weeks, sections of the city have been recording an increasing trend in muggings, snatching, stealing, robbery with violence and murder.

First,Sakaja has banned hawkers and street families from occupying and conducting business on footbridges within the city.

The move, according to Sakaja, will restore security within the county.

“To make sure that there is security, we have cleaned the bridges.

“The fire department has come with its pipes and nobody will conduct business or to live on our bridges and fly-overs,” he said.

Rather,he says he will give the traders alternative trading space.

“If you want a space for trade we will find you one but not in a public utility like that.”

Moreover,IG Koome says he will not be tolerate crime under his watch.

He said police will use the powers bestowed upon them by the constitution to deal with the prevailing security challenges.

“Any criminal trying to pickpocket or snatch jewellery along the streets shall have themselves to blame,” Koome said.

Furthermore, on Friday,President William Ruto asked the police to tackle insecurity in the country.

According to Ruto,the police are well-resourced and independent to execute their mandate.

“Muggings, cattle rustling or other cases of insecurity must stop,” he said.