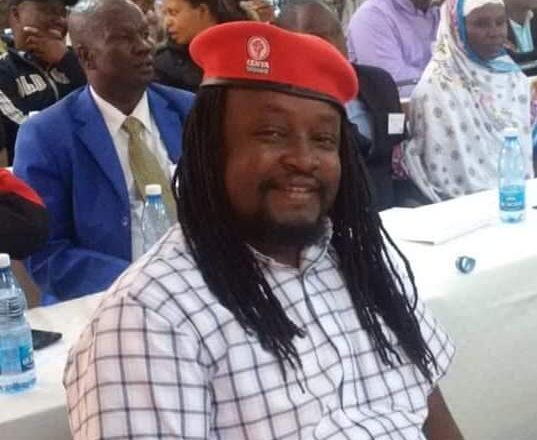 Activist Mutemi wa Kiama, the man behind Wanjiku Revolution social media accounts, was arrested by police in his residence. At the time of his arrest, the reason for his arrest was unknown, but later it was revealed that he was booked for digital pirating of a book.

He was taken to Milimani Law Courts this morning, but was taken away before appearing in court. His whereabouts were unknown by the time of going to press:

Latest update on Mutemi wa Kiama. The judicial harassment. His whereabouts are unknown. He was abducted from his home, now abducted from his lawyers to an unverified location. #KiamaIsLost pic.twitter.com/KLjgAm4XK5

It was reported that the office of the Director of Public Prosecutions (DPP) refused to approve the charges since it had not been supplied with documents to examine the reasons for the arrest. Milimani and Kibera Law Courts refused to admit the charge sheets authored by the Directorate of Criminal Investigations.

He allegedly, was suspected of being the man behind social media handle @SuraMbaya that tweeted historical content of Kenyan chiefs who collaborated with the colonial government, and whose descendants have been the biggest beneficiaries of positions of incredible power and wealth.

“Under the the colonial state, the first crop of chiefly “big men” reproduced itself overtime and, eventually, providing a ready-made socioeconomic and political class to whom independence and state power could be entrusted in the postcolonial era,” the tweet thread said.

The article was published on Twitter on May 29 at 3.09 PM

Mutemi picked the article on June 6th, and posted it on his Twitter account on June 6th.

Here is some #PoliticalEducationKE for you to chew on this weekend… #Thread;

I want to do a section on Kenyan chiefs, many of whom collaborated with the colonial government and whose children and grandchildren have ascended to positions of incredible power and wealth in Kenya.

On a later date, May the 31st,  it was posted by a Facebook account using the name Mumbi wa Mbui.

The aforementioned families contributed very little or nothing in the struggle for independence, and only ascended to the positions of influence by collaborating with the white man.

Anyone who dared cross their line was either silenced or eliminated, like the case of General Baimungi Marete who was killed in 1965 by the Kenyatta government for pointing out that promises made to the MauMau were not being delivered.

Muhoho Gathecha is the family in which Mama Ngina Kenyatta was born, and up to date they enjoy positions of privilege in the government.

The late Minister John Michuki was born in the family Chief Michuki wa Kagwi, and at the time of his death, he left behind a Ksh10 billion estate.

The post further revealed that Senior Chief Musa Nyandusi was the father to Simeon Nyachae, a former PC, Head of civil service, Minister for Finance and Agriculture.

“(Nyandusi) once hid Jomo Kenyatta from the colonialists. He is said to be the first person to own a car in Kisii, was husband to 15 wives and sired over 100 children,” the anonymous account added.

From the family of Mbiyu Koinange rose his son Charles Karuga Koinange who succeeded him as the Chief of Kiambaa in 1951, rose to DC and later PC in Central and Eastern provinces. When he died in 2004, he left behind a Kshs 5 billion estate that was the source of court battles.

“His other son, Peter Mbiyu Koinange (nicknamed Kissinger) was a powerful Minister of State in the Office of the President. He was also Kenyatta’s bosom buddy, in-law, confidant and political go-between. He died in 1981 leaving behind a Sh14bn estate,” added the thread.