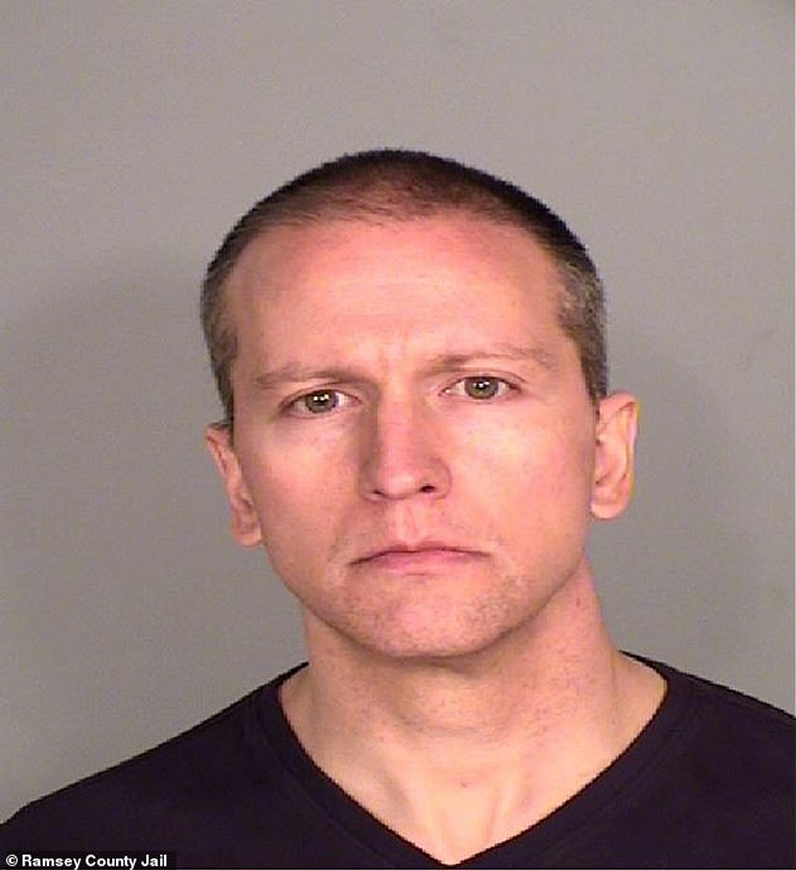 UNITED STATES – White cop Derek Chauvin is on ‘suicide watch’ and being checked every 15 minutes in jail after he was charged with murdering George Floyd and sparked demonstrations across the US. The white police officer arrested and charged with the murder of George Floyd is allegedly on effective suicide watch and being checked in on around the clock.

TMZ reported Saturday that Derek Michael Chauvin, 44, has a camera focused on him all day, and cops check on his cell in person every 15 minutes.

It adds that Chauvin, who was charged with third-degree murder and manslaughter on Friday, is under constant surveillance and is in isolation in Ramsey County Jail in St. Paul, Minnesota.

He remains in a single cell in a part of the facility set aside for high-profile cases.

TMZ adds that a source says that the former police officer didn’t make eye contact with anyone when he was brought into the jail on Friday and that he was subject to an unclothed body search.

He was then placed in a prison uniform and led to his cell.

Checks on a cell every 15 minutes are said to be common in such a high-profile case, TMZ’s source said, but it is not confirmed if there is a threat to Chauvin’s life.

Chauvin is reported to have 23 hours in his cell a day with one hour for recreation. He also has access to books, pencils, and paper.

The officer’s wife, Kellie Chauvin, has filed for divorce following his arrest and is said to be distraught over Floyd’s death.

‘She is devastated by Mr. Floyd’s death and her utmost sympathy lies with his family, with his loved ones and with everyone who is grieving this tragedy,’ the Sekula Law Offices, PLLC said in a statement on behalf of Kellie Chauvin and her family.

Footage emerged Monday of white cop Chauvin kneeling on the neck of black man Floyd for more than eight minutes until he passed out and later died, sparking outrage over police brutality and seeing protests escalate across the nation.

Chauvin was taken into custody on Friday and charged with third-degree murder and manslaughter. His bail was set for $500,000.

The arrest followed days of nationwide protests and riots demanding his arrest after he was caught on video kneeling on Floyd’s neck while arresting him for allegedly trying to use a counterfeit $20 bill at a deli.

According to the criminal complaint against Chauvin, the Minneapolis police officer was said to have had his knee on Floyd’s neck for eight minutes and 46 seconds, with nearly three minutes of the time being after Floyd had become non-responsive.

Floyd was then taken to the hospital where he was pronounced dead.