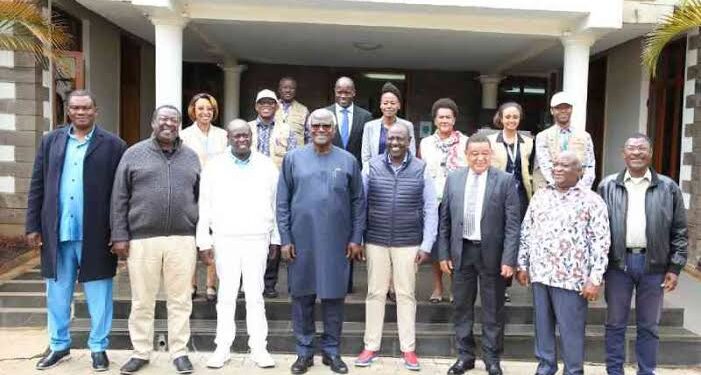 Moreover, the meeting with the deputy president came three days after Kenyans cast votes to choose their preferred candidate.

Likewise, William Ruto said on Twitter that the mission congratulated Kenya and voters on a peaceful election.

“At the Karen Office, held a meeting with the AU-COMESA Election Observer Mission who congratulated Kenya and voters for a peaceful election.” Tweeted the deputy president.

Nevertheless, presidential results are yet to be announced to the public, with all independent tallies by Kenyan media halted.

Meanwhile, IEBC says the process has largely been delayed by presidential agents.

However, IEBC chairperson Wafula Chebukati  warned them against interrogating the returning officers.

“We’re not moving as fast as we should. This process should be concluded as soon as possible. We advise that agents cannot proceed in the manner that which we are proceeding, its as if we are doing a forensic audit,” said Chebukati.

“Please do not interrogate the returning officer. If there are any cases of disruption, we shall remove you from this tallying center.” He added

Beef Is Now More Expensive Than Chicken and Fish