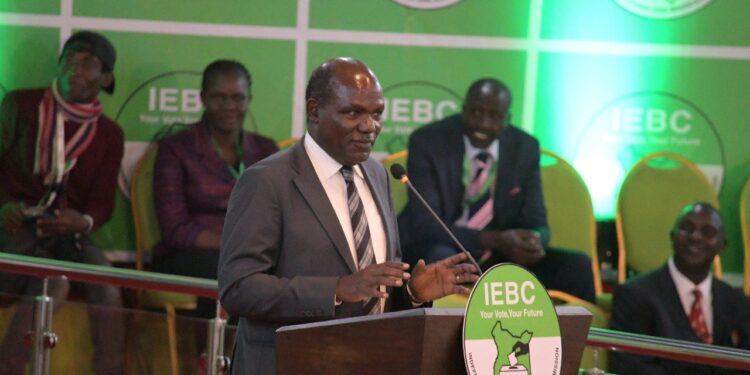 The Independent Electoral and Boundaries Commission (IEBC) Chairman Wafula Chebukati has warned top presidential candidates against declaring themselves winner based on results from their parallel tallying centers.

Chebukati says as the Returning Officer of the presidential election, he is the only one legally mandated to declare results.

“No one should declare themselves winner or release their own results,” he said during an update early Friday at the Bomas of Kenya, “that is the work of the commission and the Returning Officer.

His warning came after party officials from both Azimio and Kenya Kwanza coalitions threatened to release results of their own tally if IEBC does not announce the winner.

IEBC is still in the processing of collating results on Forms 34A and 34B from all the 290 constituencies.

By 1am Friday, 80 Returning Officers had arrived at the Bomas of Kenya with results on Form 34 A for verification.

Chebukati, has so far released results from 5 constituencies

Both candidates have set up celebration centers in the city

Samantha Power Promises $1.2 Billion To Feed Horn of Africa, Urges Others To Help