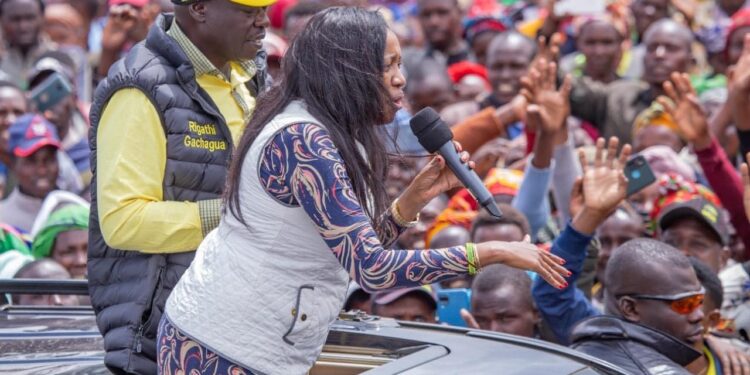 The move comes moments after Matiang’i ordered for the deployment of contingents of security  officers to Rift Valley.

The CS announced beefing of security in Nakuru, Eldoret, Kuresoi and Molo areas ahead of August 9 polls.

UDA Nakuru county gubernatorial candidate Susan Kihika claims the directive would only cause panic in the region.

“Ridiculous! Matiangi’s goal is to create tension in Nakuru, which is peaceful. There is no justification for deploying General Service Unit (GSU) officers to Molo & Kuresoi,” Kihika said.

She is accusing Matiang’i of being used by the government to intimidate voters in UDA strongholds.

“His intention is to suppress the vote in our strongholds. The same individuals behind the inciting leaflets are using them as an excuse to deploy GSU! Shameless!” Kihika ranted.

However, Matiang’i said the decision was approved by the National Security Council.

The CS noted that  an assessment revealed the regions were vulnerable to violence.

“The GSU officers are not here for any particular aggression but to demonstrate that we are ready to rise up to any challenge that may come up. We are also going to increase surveillance and patrol in the areas,” the CS reiterated.