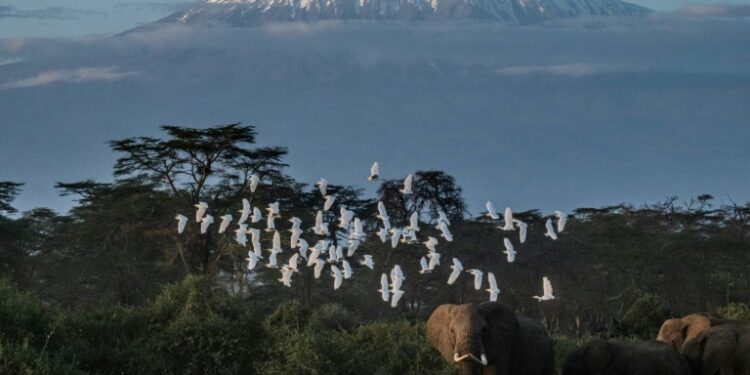 Kenyan conservationists on Friday demanded a swift investigation into the brazen daylight murder of a prominent environmentalist, warning more deaths would follow if activists continued to be attacked with impunity.

Joannah Stutchbury, a veteran defender of Kenya’s threatened forests, was shot dead outside her home on the edge of Nairobi on Thursday afternoon in what colleagues say was an act of deliberate revenge for her activism.

President Uhuru Kenyatta condemned Stutchbury’s murder by unknown assailants as “senseless” and vowed to hunt down and apprehend her killers.

The third-generation Kenyan, reported in local media as 67 years old, was greatly respected in conservation circles for her years-long crusade against criminal encroachment and forest clearing in Kiambu, near where she lived.

A photograph on her Facebook page showed Stutchbury sitting inside the trawler of a mechanical excavator in a cleared patch of forest, hands on head in protest.

Stutchbury “never turned a blind eye when she saw illegalities within the Kiambu forest”, read a joint statement by dozens of conservation groups demanding her killers face the full brunt of the law.

“We believe this is the reason why she was killed,” read the statement co-signed by Greenpeace Africa, Amnesty International, and 42 other local and international environmental groups.

Stutchbury had made complaints to police before about harassment and been held at gunpoint, said Paula Kahumbu, one of Kenya’s best-known conservationists and the head of Wildlife Direct, a campaign group.

“They had warned her and threatened her, and she didn’t stop,” Kahumbu told AFP.

Cowardly enemies
Supporters say the nature of Stutchbury’s killing — shot point blank in broad daylight at her home, with no effort made to conceal the crime — has shocked activists used to thuggery and threats but less to cold-blooded murder.

Kahumbu said Kenya offered space for vocal protest in the defence of wildlife and had cultivated a reputation as a champion of natural conservation.

“How can something like this happen, when you’re defending a forest?” she said.

Stutchbury’s murder, however, is far from the first incident in Kenya where a visible campaigner has wound up dead.

In 2018, world-renowned ivory investigator Esmond Bradley Martin was stabbed in the neck at his house in Nairobi, one of several murders in recent years of high-profile conservationists taking on powerful criminal forces.

Environmentalists described an alarming spike in threats and violence against their ranks, with some forced into hiding while their “perpetrators continue to scour the country free from any repercussions”.

“Unless environmental defenders are effectively protected, we will be forced to continue to attend their burial ceremonies,” they said.

Kenyatta vowed justice, saying his government would not allow a “few misguided individuals to continue shedding blood of innocent people working hard to make Kenya a better place for all of us”.

“Those are cowardly enemies of our country,” the president said of Stutchbury’s killers.

“We’re all scared for our own lives. If that can happen, it can happen to anyone,” she said.

Chebukati: No Names are Missing From The Voter Register