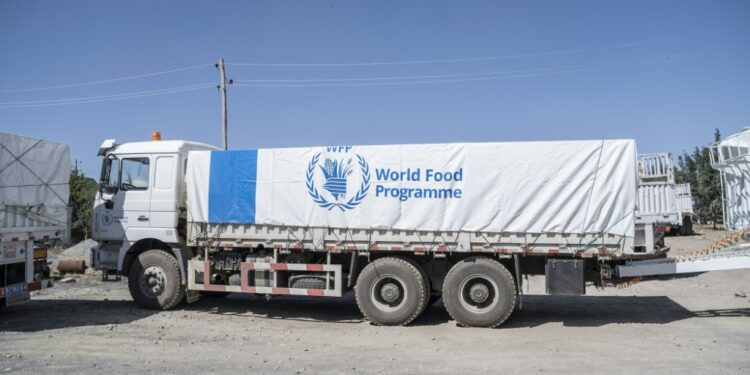 A World Food Programme truck in Adama, Ethiopia, as aid resumes under a peace agreement | AFP

Ethiopia needs to do more to restore full humanitarian access in the Tigray region, where millions still need assistance despite progress on a peace agreement, a US official said Thursday.

Tigrayan rebels announced Wednesday that they had started to hand in heavy weapons, a key part of a November 2 deal that has halted a brutal two-year war in which the region was cut off.

A senior US official said there has been “incremental but significant progress,” but that only 1.5 million people have been reached out of an estimated 5.2 million who need international assistance.

“It just doesn’t approximate the unhindered humanitarian access that we need.”

Flights into Tigray resumed in late December after an 18-month halt. But the US official said there needed to be more progress on restoring commercial links, including banking services and fuel deliveries.

The United States has also pressed for a pullout of forces from neighboring Eritrea, who have been accused of abuses after intervening in Tigray in partnership with Ethiopian Prime Minister Abiy Ahmed.

The French and German foreign ministers on Thursday jointly visited Ethiopia in a show of support for the peace deal.

The conflict, which according to US assessments involved ethnic cleansing, broke out in late 2020 as the Tigray People’s Liberation Front, formerly dominant in Ethiopian politics, struck federal military sites.