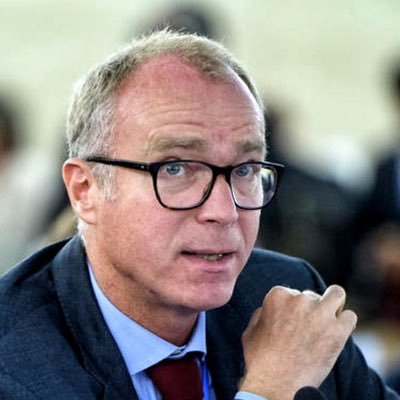 The Swiss government has stated that more than Sh.220 Million, frozen in the Swiss Bank, will be released upon approval by the Kenyan court.

A statement issued by the Swiss Ambassador to Kenya, Dr. Vallentin Zellweger, stated that if the suspects in the Ango-leasing Leasing case acquired the assets illegally, then the process, to return the assets can commence.

“If Kenyan authorities succeed in convincing a court of law that the suspects acquired the assets illegitimately then, thus, will be able to request the return of the funds from other jurisdictions.

Zellweger further stated that once the court transmits a final and executable court order, the Swiss authorities will have a legal title to return the frozen funds to Kenya.

He moreover stated that only a judicial verdict confirming the illegal origin of the funds makes it possible to repatriate them.

Zellweger said that the process should be done in a transparent and accountable manner with the mutual agreement by the Kenyan government and the partner returning assets.
“Switzerland will be in a position to return the funds based on the guidelines agreed.

Switzerland will continue to make every effort to ensure that we achieve this goal together with our Kenyan partners,” he stated.