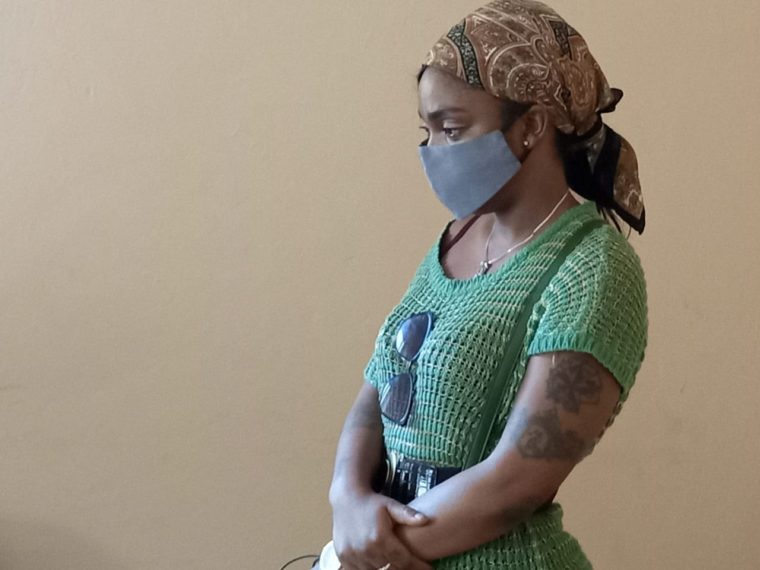 Stacy Vugusta, a popular Kenyan socialite know as Pendo by many, was on Friday arraigned in a Mombasa court for failing to pay a hotel bill for the English Point Marina hotel, amounting to Sh208,000.

The court heard that Pendo accumulated a bill of Kshs 330,000 at the luxurious English Point Marina hotel in Mombasa and settled Kshs 145,000.

She promised to clear the balance of Kshs 208,000 within two weeks between September 14th and October 7th, 2020 but the hotel management held her in the premises and demanded she pays the bill in full.

The two-week period elapsed without Pendo paying the remaining amount and the bill continued to accumulate.

The management then decided to report her to the police and she was arrested and paraded in Shanzu court on Friday.

Pendo, a former ‘Nairobi Diaries’ actress, denied the charges before magistrate David Odhiambo and was released on a cash bail of Kshs 35,000 with an alternative of Sh100,000 bond. The court ordered her to clear the bill before March 15th, 2021 when the case will be heard.

She is said to have checked into the hotel in the company of an unidentified man believed to be her lover. The two spend a few days together at the high-end hotel before the man allegedly abandoned her.

The accused has been ordered to pay the amount before March 15, 2021 when the case will be heard next.

I Only Have Male Friends Because Women Hate Each Other, Singer Jovial Says