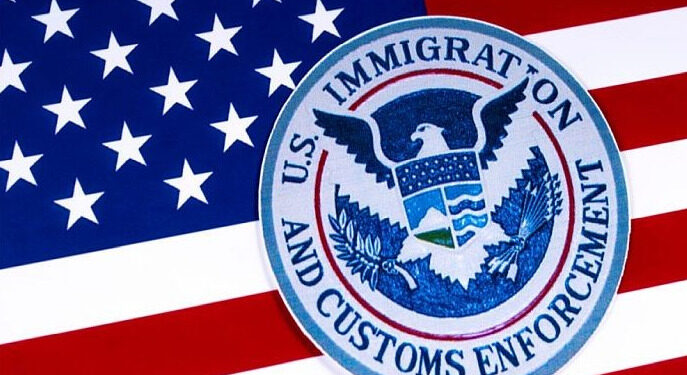 Immigration and Custom Enforcement (ICE) secretly collected data on at least 200 MILLION money transfers of over $500 in the last 12 years without a warrant, the Democratic Senator says, and has called for an investigation into the matter.

A secret program overseen by Immigration and Customs Enforcement (ICE) covertly tracked and collected data on at least 200 million money transfers in the last dozen years without a warrant, the Wall Street Journal (WSJ) reported on Tuesday (March 8), citing a letter from Sen. Ron Wyden (D-Ore.) to the Department of Homeland Security’s (DHS) inspector general.

The surveillance program collected records of any money transfer greater than $500 to or from Mexico, as well as information on domestic or international transfers exceeding $500 to or from the states of Arizona, California, New Mexico and Texas.

The information was fed into a database that could be accessed by local and federal law enforcement agencies.

“Given the many serious issues raised by this troubling program, I request that you investigate the program’s origins, how the program operated, and whether the program was consistent with agency policy, statutory law, and the Constitution,” Wyden wrote in his letter to DHS Inspector General Joseph Cuffari, which was reviewed by the WSJ.

He added “Law-enforcement agencies have ample authority to subpoena financial information about individual or specific transactions they believe are related to illicit activity,”

“Instead of squandering resources collecting millions of transactions from people merely because they live or transact with individuals in a handful of Southwestern states or have relatives in Mexico, HSI and other agencies should focus their resources on individuals actually suspected of breaking the law.”

Wyden also asked Cuffari to investigate if there were any DHS programs in operation that were similar to the money transfer surveillance initiative and said that all such activities were subject to supervision by Congress.

A DHS spokeswoman told the WSJ that the department is “committed to ensuring that our criminal investigative methods are not only effective in combating transnational criminal actors and other security threats, but also consistent with the law and best practices.”

Wyden’s letter indicates that the program started as early as 2010 following a money laundering settlement with Western Union and the Arizona attorney general’s office.

Records were shared voluntarily until the agreement ended in 2019, when the Arizona AG’s office asked ICE to step in and enforce data collection.