by Linda Amiani
in Africa News
0 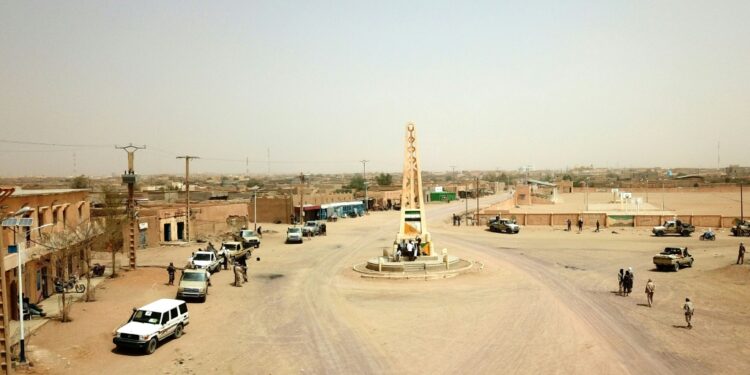 The Tuareg community is made up of dozens of nomadic sub-communities settled in the Sahara across several countries: IMAGE/AFP

A leading commander in Mali’s army has called on ethnic Tuaregs to fight jihadists in the north of the country in a WhatsApp audio message authenticated Monday by AFP.

General El Hadj Ag Gamou, himself a Tuareg and a major figure in the Malian army’s fight against the Islamic State in the Great Sahara (ISGS) — which is affiliated with the Islamic State organisation — called on the military help of all Tuaregs inside and outside the country.

The Tuareg community is made up of dozens of nomadic sub-communities settled in the Sahara across several countries, mainly Mali, Algeria, Niger and Libya.

In the Tamashek-language message, he said he would “give 10 days to all young Tuaregs from Algeria, Libya and elsewhere to reach Gao”, the largest city in northern Mali, which has been plagued by jihadist violence.

Ag Gamou is one of the leaders of a pro-government armed group, the Self-Defence Group of Imghad Tuaregs and Their Allies (GATIA), as well as a general in the national army.

ISGS has since March increased its offensives in the expansive regions of Gao and Menaka.

The UN has repeatedly expressed its concern about the deteriorating situation, and labour unions in the Gao region have called for a 48-hour strike this week to protest against the situation and “government inaction”.

As of Monday, the ruling junta had not yet reacted to Ag Gamou’s remarks.

The state has a very weak presence around Gao, and residents, mainly nomads living in camps scattered across the desert, are frequently caught in the crossfire.

Civilians are often subjected to reprisals by jihadists who accuse them of collaborating with the enemy. Others have been deprived of their means of subsistence.

In 2012, armed separatist groups made up mostly of Tuareg fighters declared a territory in northern Mali independent.

They signed a peace agreement with Bamako in 2015.

Other Tuaregs have joined the Al-Qaeda-linked group Jama’at Nasr al‑Islam wal Muslimin, or JNIM — now led by Iyad Ag Ghali, who is himself a Tuareg.

Chebukati: No Names are Missing From The Voter Register