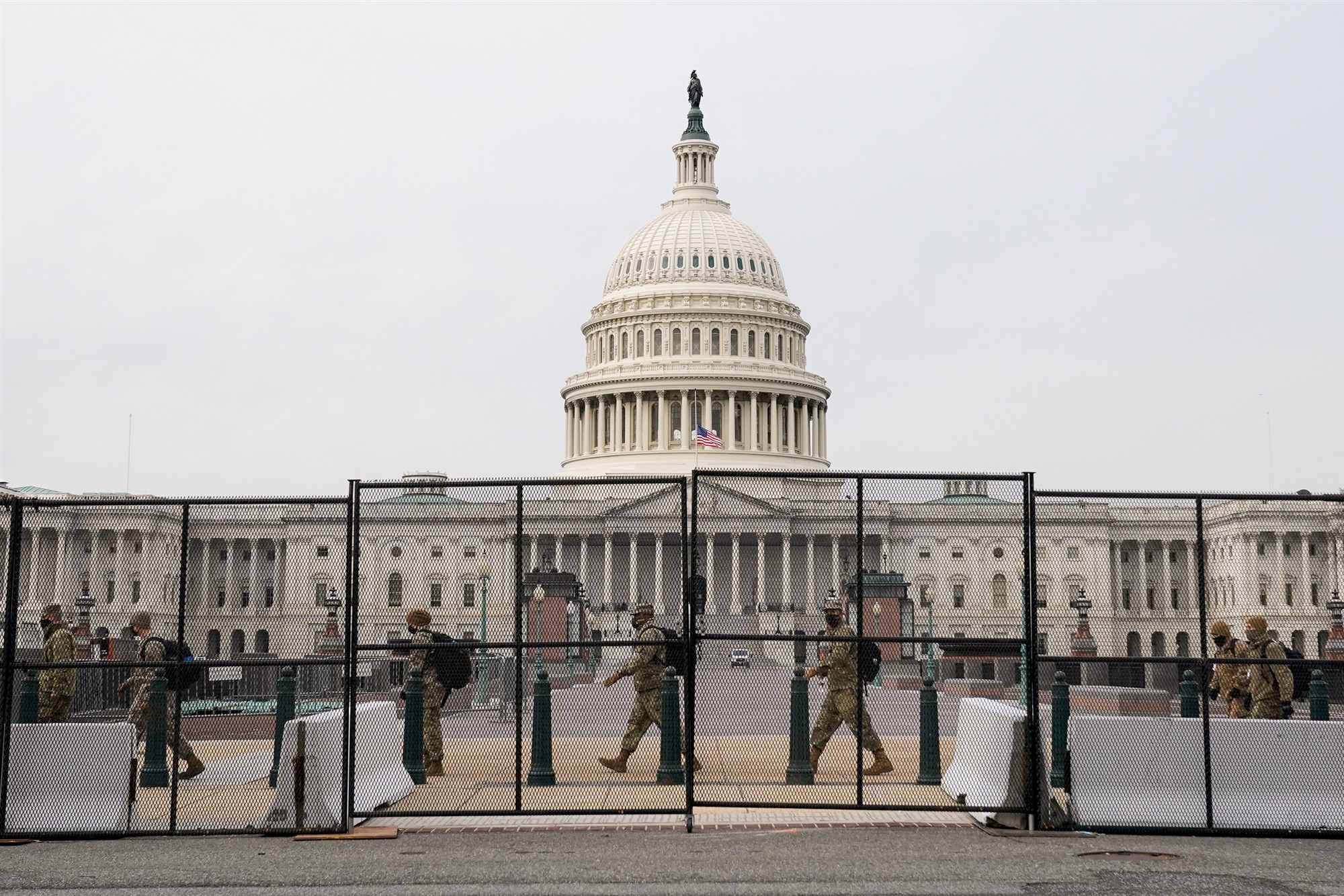 Right-wing extremists are using channels on the encrypted communication app Telegram to call for violence against government officials on Jan. 20, the day President-elect Joe Biden is inaugurated, with some extremists sharing knowledge of how to make, conceal and use homemade guns and bombs.

The messages are being posted in Telegram chatrooms where white supremacist content has been freely shared for months, but chatter on these channels has increased since extremists have been forced off other platforms in the wake of the Jan. 6 siege of the U.S. Capitol by pro-Trump rioters.

Telegram is a Dubai-based messaging service that does little moderation of its content and has a sizable international user base, particularly in eastern Europe and the Middle East.

In the days since the Capitol attack, for example, a U.S. Army field manual and exhortations to “shoot politicians” and “encourage armed struggle” have been posted in a Telegram channel that uses “fascist” in its name.

Chris Sampson, chief of research at the defense research institute Terror Asymmetrics Project on Strategy, Tactics and Radical Ideologies, said his group is focused on and concerned about users of the channel and has alerted the FBI about it. (TAPSTRI is run by Malcolm Nance, an NBC News terrorism analyst.)

Documents shared via the channel’s file manager include “US Army explosives and demolitions manual,” and “US Army Engineer course,” as well as white supremacist content.

A post explaining how to radicalize Trump supporters to neo-Nazism has also circulated on the channel as well as other far right extremist channels.

Extremists are aware that they are under scrutiny, however, and in the fallout of the riot have been using online platforms to recalibrate their movements.

On Monday the FBI sent a memo to law enforcement agencies warning about possible armed protests at all 50 state Capitols starting Jan. 16.

In response, some Trump supporters with extremist views have used encrypted platforms to post warnings about avoiding local rallies in the coming days and instead wait for a big turnout in Washington at Biden’s inauguration on Jan. 20.

“Do not attend armed protests at state capitols before inauguration! Possible sinister plot hatched by radical left to take away gun rights!” someone posted in a Telegram chatroom with thousands of members favored by the far right.

After Jan. 6, far-right extremists starting posting calls to arms for “round 2” on Inauguration Day in Washington.

A “Million Militia March” is also being planned, as well as a “Million Martyr March,” the latter in honor of Ashli Babbitt, a veteran and a Trump supporter who was fatally shot during the storming of the Capitol. Babbitt has been hailed as a “martyr” in multiple posts.

As per NBC, their News review team, found little concrete planning occurring online for these events.

A video stoking fears about a stolen election and galvanizing those who might want to fight on behalf of Trump was on YouTube for 12 hours on Monday. Ominous music plays in the background as Trump speeches are woven together with biblical verses. The video was recently removed for “violating YouTube’s Community Guidelines.”

A spokesperson for YouTube’s parent company Google did not respond to a request for comment.

There are multiple Telegram channels for the right-wing group called the Proud Boys, and the largest of them have more than 28,000 members. One channel frequented by Proud Boys has been renamed to attract ex-Parler users.

“Now that they forced us off the main platforms it doesn’t mean we go away, it just means we are going to go to places they don’t see,” a user posted in the chatroom intended for refugees from Parler.

Membership in that channel has increased by more than 10,000 in recent days. In September, the chatroom had 1,365 members. On Monday, it hosted 15,990 members, according to Megan Squire, professor of computer science at Elon University and a senior fellow at the Southern Poverty Law Center who tracks online extremism.

Another channel intended for Proud Boys has gained 8,870 followers, a 54 percent increase, since Jan. 6.

All of Parler’s public posts have been preserved by a researcher who uses the Twitter handle @donk_enby. Telegram users posted about it on Monday, saying there is no hope of retroactively deleting posts or identifying information.

Gab, another platform favored by the far right, was also offline on Monday.

Squire said that when extremists are forced to shift from one platform to another it “creates an opportunity” for them “to make mistakes and reveal identifying information.”

But Frank Figliuzzi, a former FBI assistant director and an NBC News national security analyst, said he worries about the double-edged sword when a platform known to host extremists is shut down.

“We had all this success with ISIS: We took out their command site but we also took away the ability to see the next lone wolf. We force them into the dark corners of the internet,” Figliuzzi said.