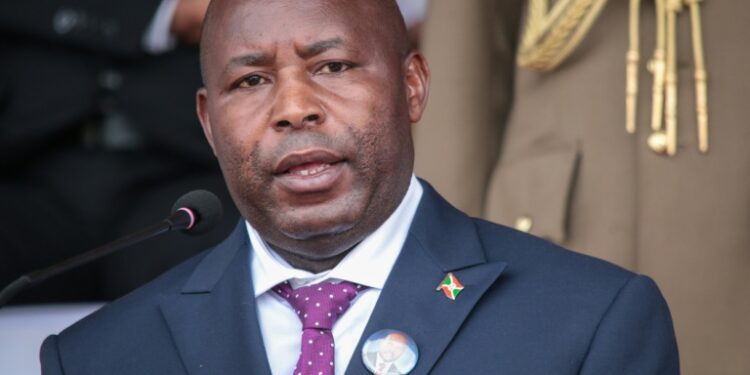 Burundi’s President Evariste Ndayishimiye has launched an angry tirade against the country’s judges, accusing them of blatant corruption that is hampering the development of the impoverished nation.

Ndayishimiye, who took office in June last year, has made fighting graft a top priority in Burundi, which has for years been ranked one of the world’s most corrupt countries.

“Everywhere I go I receive more than 1,000 complaints against the judiciary every day, and I find them well-founded,” he told a public meeting of several hundred judges and prosecutors on Tuesday.

He said people told him: “The poverty we are experiencing today is because of the judiciary. Your case cannot be heard without selling your goat, your cow or your land.”

“Others tell me that it is the judges who are behind the killings in the country… because people are taking justice into their own hands… People are desperate,” he added.

“It is a shame what is happening in this country.”

One of the poorest countries in the world, Burundi has been ranked among the 10 most corrupt by Amnesty International, while Transparency International puts it at a lowly 165th out of 180 countries.

“Foreign investors don’t come to Burundi anymore. You find schemes to rob them of their money. They have nowhere to complain. You get together to swindle them and at the same time you say you want development for our country,” he told the gathering.

“No development is possible in a country where there is no justice. There can be no peace,” he added.

One judge at the meeting, Jerome Mbonimpa, said they were “ready to change their behaviour” but called on the president to put an end to what he said was interference by senior political officials in the justice system.

In May, Ndayishimiye sacked his commerce minister for “compromising the country’s economy” amid allegations she had embezzled funds from a now defunct state airline.

At least three senior government officials as well as 119 municipal accountants have also been dismissed over alleged embezzlement this year.

Kenya’s ruling party joins hands with opposition ahead of polls