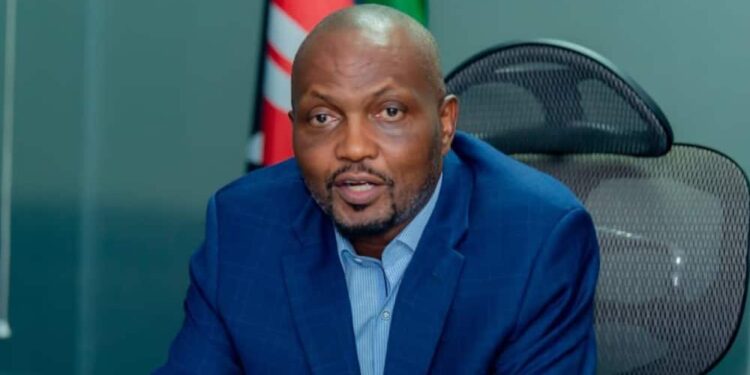 Investments, Trade and Industry Cabinet Secretary (CS), Moses Kuria, has hinted that National Identity Cards (IDs), will be used as a through pass within the East Africa countries in the near future

CS Kuria said this move will ease trade in the region.

Moreover, the CS noted that the idea came after realizing that some of the traders within the East Africa region cannot afford passports. Hence limiting them from exposing their businesses to other countries.

In addition, CS Kuria said the IDs will also enhance social integration among the people of East Africa.

“The Regional Economic Blocs will work closely with the East Africa Community Committee (EACC) in making strategies that will act as the trading foundation for the African Union,” said the CS

While speaking during a coordination meeting held on Thursday, January 19, by the African Union (AU) Commission and the Regional Economic Communities (RECs), including the East Africa Community (EAC)/Common Market for East Southern Africa (COMESA), Regional Mechanisms (RMs), Moses Kuria stated that meeting was aimed at setting strategies which can be used by the Committee to improve the intra-African trade, from thirteen percent to fifty percent.

“We are also planning to come-up with a direct airline to ease the movement within the African continent,” stated the CS.

He noted that the direct airline will enable passengers to travel directly to a particular country without having to stop over in a different state, to connect their flights to reach their destinations.

Ruto Pledges to Support the New Candidate under the UDA Party for senatorial Seat in Machakos By-Election.