Tanzania: Airbus A220 Fleet Grounded Due to Engine Problems 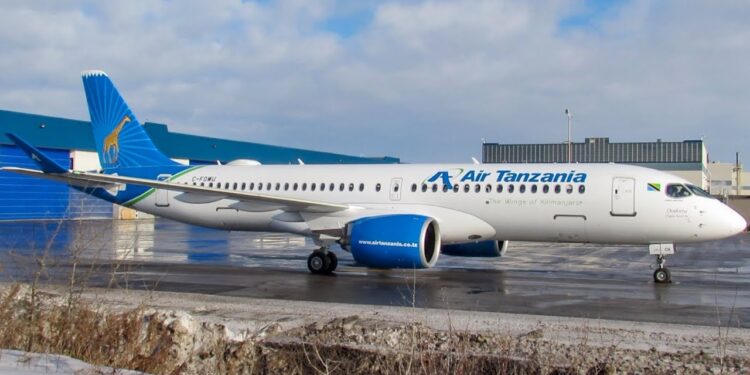 Air Tanzania has grounded its Airbus A220 fleet due to engine problems.

According to data released by the fleet company, one of its planes flew on January 3, this year and has been parked at Maastricht Aachen Airport in The Netherlands and a second plane has been on the tarmac in Dar es Salaam last flew on August 27. A third A220 has not flown since November 5.

On November 10, Air Tanzania Company Ltd (ATCL) announced flight schedule disruptions, citing the unavailability of some of its A220s, owing to manufacturer’s directives that have shortened the service intervals on the Pratt & Whitney PW1524G-3 engine.

“Due to the worldwide technical challenges of these engines and related safety requirements, we have been following professional instructions to provide quality and safety service. Sometimes we take the aircraft out of circulation to meet the demands of the engine manufacturers,” the airline said in a public notice.

Tanzania was the African launch customer for the A220 then Air Senegal, Egypt Air before Nigeria’s Ibom Air came on board.

Air Senegal has also had to pull its A220s from service due to a similar crisis.

The PW1500G and PW1900G engines, which power the Airbus A220 and the Embraer E2 series respectively, have recently been subjected to extra inspections.

The current groundings have added to a backlog of engines that need repair or replacement by the manufacturer.

Chief Justice Koome:Pending Election Cases To Be Concluded By Friday

Counties Yet To Receive May Revenue Allocation From National Treasury