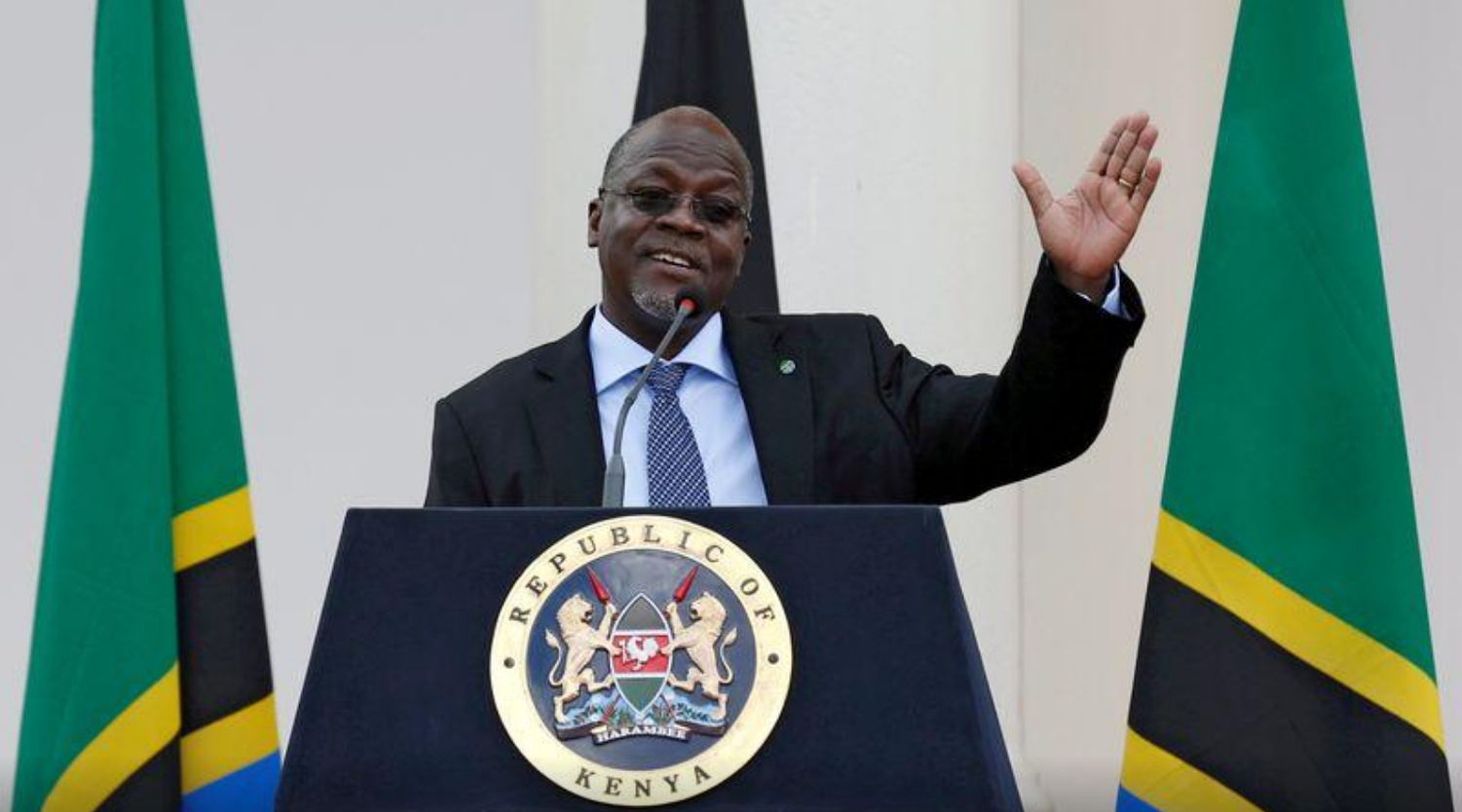 Where is Tanzania’s President John Pombe Magufuli? That is the question on almost everyone’s mouth in Tanzania, East Africa, and the world.

Tuesday marks 17 days since the 61-year-old President has been seen in public, and despite a clamor of rumors’ of ill-health, to his ‘sudden demise’, the Tanzanian authorities have yet to provide clear answers as to his whereabouts and opposition leaders have starting speaking out due to to lack of information about the Presidents health.

Speculation in East Africa is rife that Magufuli, 61, a vocal COVID-19 sceptic, is ill with the virus, though his vice president said on Monday that the country was safe and citizens should ignore rumors’ from outside the country.

“It is important for the government to inform the public about the president’s health to reduce ongoing fear,” Zitto Kabwe, leader of the ACT-Wazalendo party, said in a statement.

“The President’s health is not supposed to be a secret,” he said, recalling that Tanzanians received regular updates on the health of two former presidents, Benjamin Mkapa and Jakaya Kikwete, when they were abroad for medical treatment.

Kabwe said Tanzania’s constitution calls for the speaker of the national assembly to make information public on the president’s health.

The mere question of the President’s health has lead to a clamp down on dissident voices, and is now leading to arrests, as the Tanzanian Government seeks to contain the rumors.

And East African Analysts say the silence is telling.

“I think whatever happens, it is clearly true the regime is trying to buy time,” said Nic Cheeseman, Professor of Democracy at the University of Birmingham.

“And it only really makes sense that the regime is trying to buy time if the president is very ill, incapacitated, or dead.”

Magufuli last appeared in public on February 27, and the fervent Catholic has missed three Sunday services, where he would often address the congregation.

Just days before, Finance Minister Philip Mpango appeared coughing and gasping at a press conference outside a hospital, to dispel rumours he had died of Covid-19.

Magufuli’s absence comes amid a string of high-profile deaths and illnesses attributed to “respiratory problems” or “pneumonia”.

Magufuli had for months insisted the virus no longer existed in Tanzania, and had been fended off by prayer.

He refused to wear a face-mask or take lockdown measures.

But a week before he was last seen, Magufuli conceded the virus was still circulating, after the vice-president of semi-autonomous Zanzibar was revealed to have died of Covid-19.

Tundu Lissu, who lost an election last year to Magufuli, said last week from exile in Belgium that the president is in India receiving medical treatment for the virus and is in a serious condition.

On Monday, Lissu said on Twitter that his intelligence sources “say he’s on life support with COVID and paralysed on one side and from the waist down after a stroke. Tell the people the truth!”

Among the theories in circulation is that Magufuli is severely ill in a hospital in Kenya or India, while another suggests he never left Tanzania at all.

Kenyan media have reported the presence of “an African leader” in a Nairobi hospital in clear reference to Magufuli, although government officials deny he is present.

India’s foreign ministry did not respond to requests for comment.

Cheeseman said it was “remarkable” that the government has kept Magufuli’s whereabouts under wraps “in the modern world of the internet and citizen reporting and social media”.

“But Tanzania isn’t living in that modern world. The level of media censorship means Tanzania is not in that context.”

The Tanzanian government has said very little, other than to threaten those spreading rumors’ with jail time.

Magufuli: ‘Strong and Working as Usual’

On Monday, vice-president Samia Suluhu Hassan dropped a possible hint the president is ill, without naming him.

“Our country is now full of rumors’ from outside but that should be ignored; It’s quite normal for a person to contract flu, fever or any other disease,” she said.

“If there’s need for us to remain united, the time is now.”

“We know for sure that the president is ill but we are surprised by the deepening silence about the matter,” he said in a statement Tuesday.

“We need to know who is currently heading the government through which constitutional powers.”

Meanwhile Tanzanians say they want to see their leader in person.

“I believe something is happening but the authorities are hiding,” said Muhsin, a resident of the financial capital Dar es Salaam.

“I will be comfortable if I see the president himself.”

Clothes vendor Deborah said there was “Unnecessary secrecy; If our beloved president is really ill, they should tell us the truth so that we put him in our prayers,” she said.

Magufuli came to power in 2015 as a no-nonsense, corruption-busting president nicknamed the “Bulldozer”, and was re-elected in a disputed poll last year.

However he has been accused by rights groups and of stifling democracy, and cracking down on the media.

As a result, the country’s journalists are too afraid to dig into the story.

“It’s all about survival and telling the truth; you need to play it safe to continue operating or rush to this delicate story and risk your license and most importantly your life,” an editor of a privately-owned Swahili newspaper said on condition of anonymity.

The government has also started cracking down on people whom it accuses of spreading the “rumors'” that Magufuli was ill through social media, threatening to charge them with cybercrime offences.

So far police have announced the arrest of one person in Dar es Salaam and two in the northern Kilimanjaro region for spreading rumors’.

“Rather than give credible evidence that he’s alive and well, they’re arresting innocent people who want to know the truth,” said Lissu.

Omanyala – “Every Challenge You Face Today Makes You Stronger Tomorrow”