Miguna to Fly Back To Kenya on Oct 25 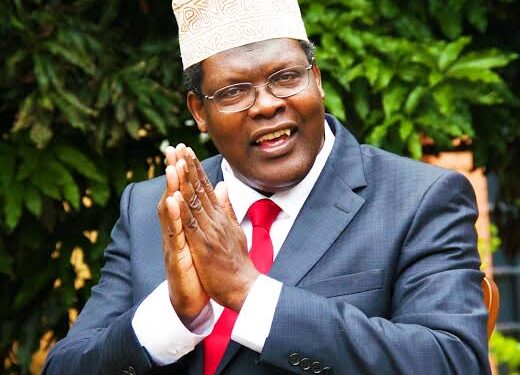 Miguna Miguna has announced that he will jet back into the country in October.

The exiled lawyer who once served as Raila Odinga’s political was deported to Canada in 2018 following controversies surrounding his citizenship.

Moreover, Miguna took to his twitter account, stating that he will touch down in Nairobi on the night of October 25th.

Furthermore  the self proclaimed Commander of the National Resistance Movement (NRM) ran into problems with the government after he administered oath to Odinga as the “people’s president” in January 2018.

Nevertheless, attempts made by lawyer Miguna to fly back to Kenya were stopped by what he termed as red alerts imposed on him by President Uhuru Kenyatta’s administration.

Moreover, his lawyer Khaminwa stated that, the government refused to comply with a court order requiring them to facilitate Miguna’s return.

“Many court orders have been issued, none of them has been obeyed. The courts have issued more than 8 orders in regards to the Miguna matter. None has been obeyed” said Khaminwa.

Moreover, the outspoken Lawyer was issued with his Kenyan passport earlier this week.

This was a clear sign that the new regime under president William Ruto is willing to let him fly back home.

Likewise, during an interview with BBC Swahili Ruto vowed to allow Miguna back to Kenya if he won the presidential bid.