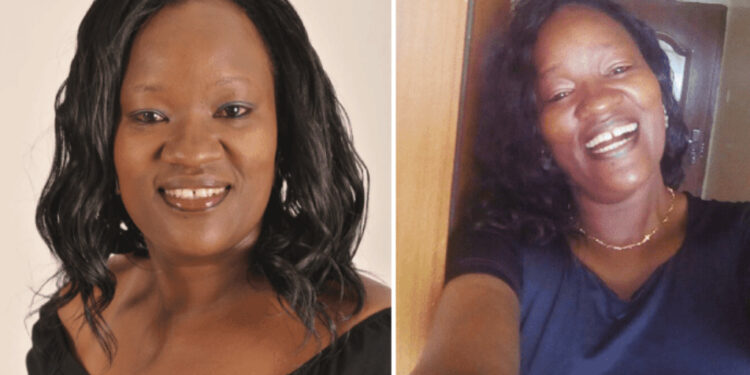 The family is now seeking justice over her mysterious demise while in the United States.

A report by Inooro TV had indicated that Jedidah Wambui Weru, passed away in December 2021. However, to date, the cause of her death still remains unclear, with the local Seattle police issued no comments regarding the Case.

Wambui, who relocated to the United States in 2018 in search of greener pastures, started working as a community health administrative assistant almost immediately, and started settling down quite comfortably in Seattle, Washington.

According to close family members, Wambui stopped communicating with her mother, daughter and siblings after settling down the man whose name has been withheld as the Case is still under investigation.

Her kin, unfortunately, did not know the man she married well, until her demise.

Wambui’s sister, Florence Wanjiru, revealed that the man occasionally denied her access to her mobile phone and would often monitor her calls when she was allowed to speak to someone on the phone.

On rare occasions when she called home, Wambui’s daughter, Esther Nywawira, said her stepfather would monitor her mother’s conversations. “When we conversed in Kiswahili, I overheard him saying ‘tell them to speak in English”, said Nyawira.

Her family members lastly heard from her on December 22, 2021, when she called on then to wish them Merry Christmas and happy holidays.

When the family inquired why he had not informed them about her death earlier, he said it was not that important.

However, he offered to send the ashes to her family but her daughter, Esther Nyawira, refused since she was not given an opportunity to pay her last respect.

Further, Nyawira revealed that she asked the man if she could travel to the US to see where her mother lived but he declined.

The family suspects that the man is lying about Wambui’s body and have called on the Ministry of Foreign Affairs to help them bring her body back home.

Marseille down Saint-Etienne to retake second in Ligue 1