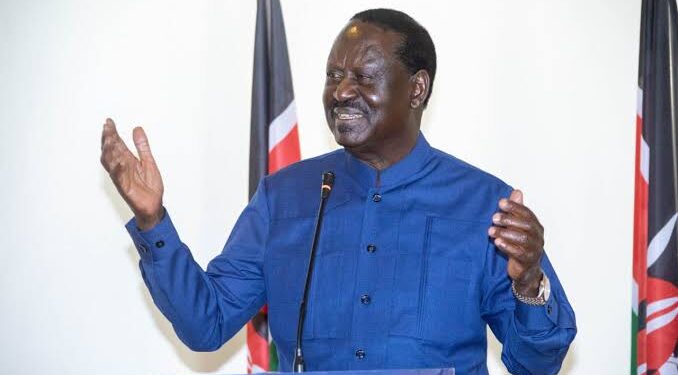 While speaking on Sunday, August 7, after attending interdenominational prayers at the Kenyatta International Convention Centre (KICC), Raila stated that he and Martha Karua will accept the election outcome whether they win or lose.

According to Odinga, Kenya has come a long way in fostering democracy, and everyone should work hard to maintain it.

“Mathew 18: 19-20 “Again, truly I tell you that if two of you on earth agree about anything they ask for, it will be done for them by my Father in heaven. For where two or three gather in my name, there am I with them,” he stated.

Moreover, during his final remarks to his supporters on Saturday, August 6 at the Kasarani stadium, Raila said he is ready to shake hands with his main political rival William Ruto whether he wins the election or not.

According to Mr. Odinga, this will enhance the spirit of reconciliation following the hotly contested election.

He further noted that his political ambitions go beyond himself but depends on the goodwill of the country.

The Azimio presidential candidate mentioned that in his political trajectory the spirit of reconciliation is enshrined.

Furthermore, he emphasized that if he wins the statehouse bid, he will not sideline his rivals.

IEBC: You Will Not Need To Vote For All Six Elective Posts