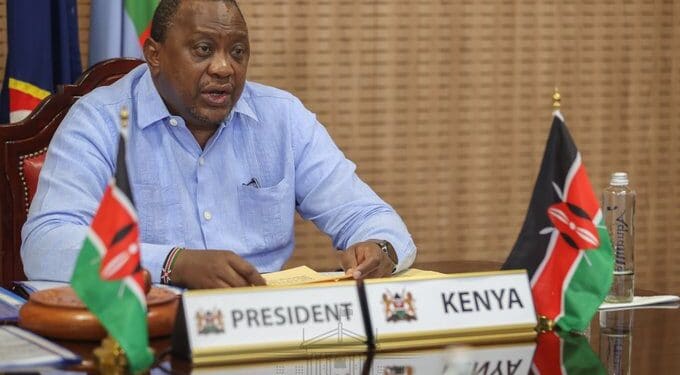 President Uhuru Kenyatta has reiterated earlier remarks that he will embark on campaigning for his preferred choice of successor, ODM leader Raila Odinga in the Mt Kenya region ahead of the August General Election.

The president says he is not afraid of facing his opponents and engaging the masses on his choice to back his handshake partner and Azimio One Kenya’s presidential candidate.

“Those who think I will not be on the campaign trail should hold their horses. They will soon see me traversing the country, telling the people my truth. Where do they think they can take me?” He posed.

”There is nothing I want to benefit from personally. Those who are criticizing the handshake I did with Raila know that we now have peace…” President Uhuru said.

He added: “Then you hear some people say I should not have had a handshake with Raila? I tell them, I will shake hands with anyone who is interested in peace.”

The head of state was speaking in Kandara, Muranga County where he joined the AIPCA faithful for the church’s joint holy oil consecration ceremony and prayer service and helped the church leadership to shake hands after 17 years of division.

“The way I have brought together and unified these AIPCA archbishops is the same way I want to unite the country,” he stated.

The Commander in Chief also took the opportunity to remind Kenyans of the importance of peace and unity.

Learning Set To Resume After Elections