Uhuru-I will hand over power smiling, it’s my Constitutional duty, but my leader is Baba 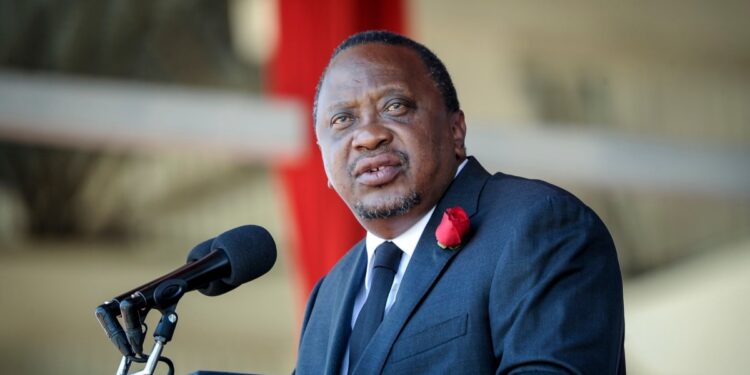 Outgoing President Uhuru Kenyatta has said he will hand over power to the President-elect William Ruto peacefully.

Uhuru went on to say he will pass the leadership to Ruto as it is what is required of him by the law during a parliamentary group meeting for Azimio la Umoja-One Kenya Coalition Party on Wednesday 7, September at Maasai Lodge, Rongai.

Uhuru however made it clear that is leader of choice was Raila Odinga, which was evidently seen as he had vouched for the ODM party leader throughout the campaign period for the August elections.

Uhuru who is also the Azimio la Umoja’s Council chairman is a close ally of the former prime minister, their friendship strengthened by their handshake agreement in March,2018.

“I will hand over power smiling because it’s my Constitutional duty but my leader is Baba, Raila Odinga. Politics is not a matter to keep in your pockets,” he stated.

The Azimio la umoja members of parliament had gathered for a meeting at the Maasai Lodge to agree on house leadership positions and Speaker candidates.

Uhuru endorsed wiper party leader Kalonzo Musyoka for the senate speaker seat, adding that he would have been a good chief minister.

“Stephen Kalonzo would have been the best chief minister. I believe he would also have been a good representative of our agenda in Senate,” He said.