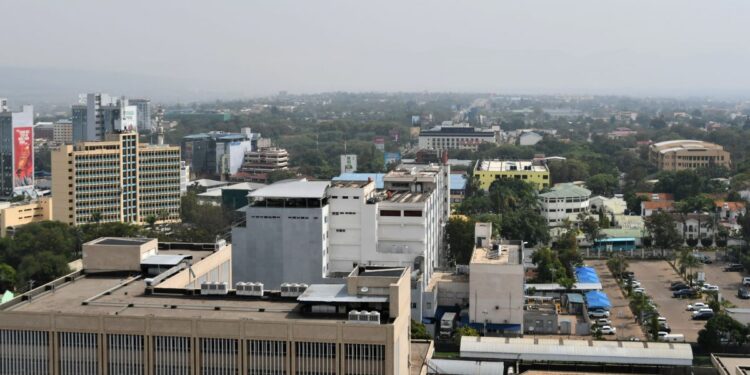 The national government has been urged to engage the American Embassy (USA) in Kenya to lift a travel advisory placed against Kisumu.

US embassy through a statement yesterday issued a travel advisory to its citizens and personnel to exercise caution while visiting the lakeside city during the electioneering period.

The embassy imposed movement restrictions on its citizens and personnel in Kisumu asking them to exercise caution ahead of the August 9 General Election.

The move has elicited mixed reactions from area residents and leaders who believe the advisory was ill advised.

Kisumu Governor Prof. Anyang Nyong’o said the area continued to enjoy peace and tranquility and questioned the basis for the decision by the embassy.

Nyong’o said the reasons behind the advisory have not been shared with him by the embassy or national government officials.

“We just woke up to this information. There was no information or intelligence shared from the national government or the embassy,” he said.

Addressing the media in Kisumu today, Nyong’o said no incident had been reported in the area during the electioneering period to warrant such a decision.

“We have just come from hosting a successful Africities Summit where over 10, 000 delegates attended and some even chose to stay longer because of the prevailing peace and tranquility,” he said.

Governor Nyong’o said the advisory was likely to derail the gains made in repositioning the city as a tourist and business hub.

He Foreign Affairs Cabinet Secretary Rachel Omamo and Fred Matiang’i of Interior to negotiate with the US embassy with a view to address their concerns to have the advisory lifted.

“We would like them to tell us their concerns or areas they feel we must work on so that we can do so,” he said.