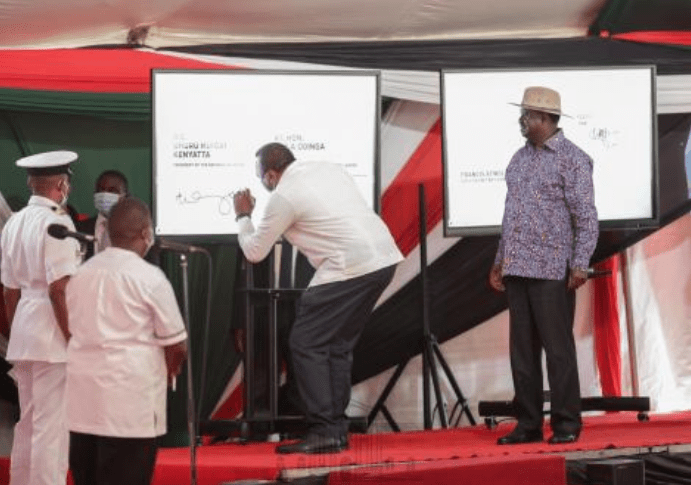 A research institute has shown that the Building Bridges Initiative is not popular among Kenyans.

Through the shared statistics, the institute fully supports the leaked letter that Muranga Senator wrote, stating that the initiative was not popular in the Central Region.

During a Press Briefing, the TIFA Research stated that only 32% of Kenyans would oppose the initiative whereas 26% percent would vote yes while 16% are still undivided.

According to TIFA, the research was conducted before Senator conducted his in December.

The research further stated that about 9% of those who voted no stated that they would prefer not to support the document since the political pressure is a threat to democracy.

68 % of those who were undecided lack sufficient information about the BBI proposal while 10 percent believe the process will be rigged to ensure it is passed.