by Carol Mwanzia
in Politics
0 0
0 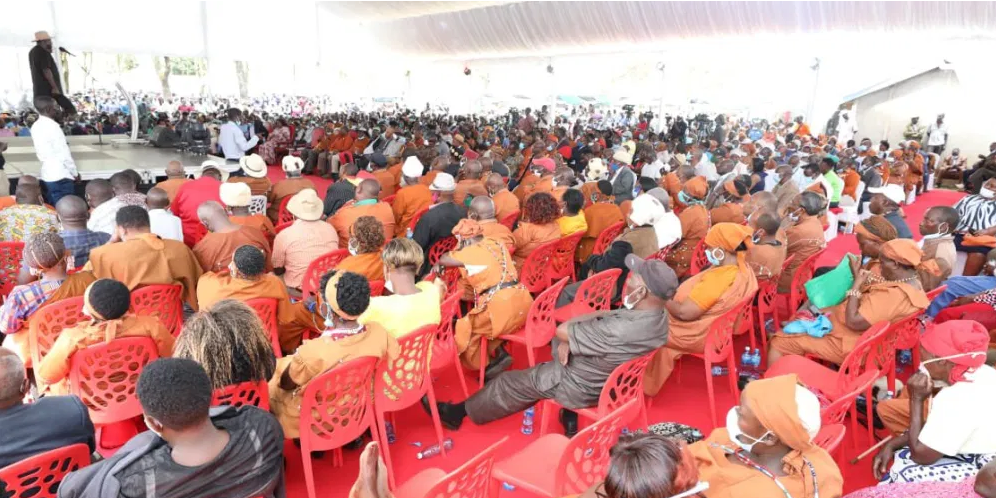 President Uhuru Kenyatta’s cousin Kung’u Muigai on Friday hit back, and disowned the so-called Kikuyu elders who visited the rural home of ODM leader Raila Odinga last Saturday, purporting that they did this for personal and selfish reasons, and were never sent there by the President.

Mr. Kung’u Muigai is a member/patron of the Kikuyu National Council of Elders.

“President Kenyatta did not send anyone to Bondo and was not aware of the visit. It was the work of Mr. Peter Kenneth and Mr. David Murathe. The National Council of Elders never sent them,” said Mr. Muigai.

The news come as GEMA elders distanced themselves from the group that visited and endorsed Raila Odinga.

Steer Away From Division Politics

The Kikuyu National Council of Elders patron further prevailed upon leaders from the expansive Mt. Kenya region to steer away from division politics fueled by opportunism and selfish interests, noting that such moves are meant divide the country.

Kabogo accused Peter Kenneth, Maina Amanda and David Murathe of working overtime to divide the community and to “auction them for self-gain” ahead of the 2022 General Election.

The former Governor decried the politics of hate and divisions which rocked Murang’a County two weeks ago when youths allied to Deputy President William Ruto and another opposed to his “hustler” movement clashed.

Mr. Kabogo further said: “Bad politics is to blame for the death of these two young people,”.

Last weekend, on Saturday, a group of Kikuyu and Luo elders made a series of resolutions, which included supporting the BBI proposal and fostering a unity of purpose in regard to delivering the presidency to Raila Odinga in 2022.