by Carolyne Rabut
in Cricket, Sports
0 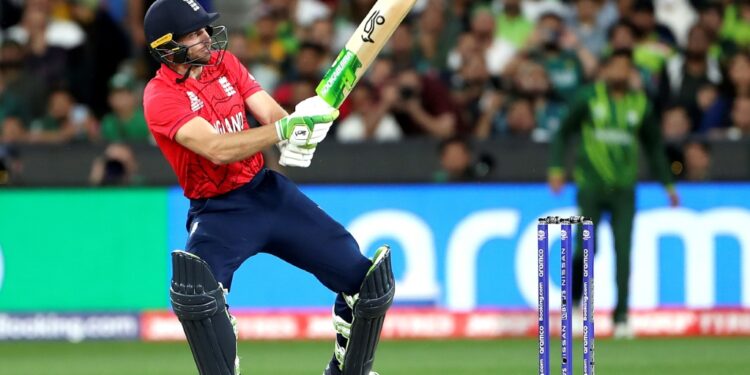 Two days after the end of a humiliating Test tour of Australia by South Africa, a new Twenty20 league, the SA20, will be launched in Cape Town on Tuesday.

South Africa were outplayed in Australia, heavily beaten in the first two matches before escaping with a draw in a rain-hit third match.

The Test struggles followed South Africa’s embarrassing exit from the T20 World Cup in November when they lost to the Netherlands in a must-win game.

“We want to play our role in reviving (South African) cricket,” said SA20 commissioner and former Test captain Graeme Smith. “We want to get people into the stadium and cheering again.”

Organizers said online tickets for Tuesday’s opening match between MI Cape Town and Paarl Royals had been sold out.

Owners of Indian Premier League teams have bought all six league franchises. The opening-match combatants are offshoots of Mumbai Indians and Rajasthan Royals.

The Cape Town team will be led by Afghanistan leg-spinner Rashid Khan and includes England trio Sam Curran, Liam Livingstone and Jofra Archer, who is returning to competitive cricket after injuries.

England white-ball captain Jos Buttler, who led his country to victory in the T20 World Cup, is the star signing for Paarl Royals, who will be captained by South Africa batter David Miller.

Other key players for the Royals are former England captain Eoin Morgan and opener Jason Roy.

Buttler has hailed the SA20 as “a really important moment in South Africa’s cricket history”.

Although there is a strong sprinkling of England and West Indian players, there are none from India, Pakistan, or Australia.

Despite the Indian ownership of the teams, the Indian board bars its players from foreign leagues.

The SA20 clashes with Australia’s Big Bash and a new tournament in the United Arab Emirates.

The tournament, which ends on February 11, takes place during what traditionally has been a prime part of the home international season.

A one-day international series in Australia was forfeited to ensure the availability of the leading local players for the SA20, jeopardizing South Africa’s hopes of qualifying automatically for this year’s World Cup.

Cricket South Africa has chosen to reduce its international commitments, especially Tests, with most series over the next four years consisting of only two matches.

Chief executive Pholetsi Moseki said when the latest future tours program was unveiled: “You might say the program is light, but it was intentional on our side. We needed to make room for our new T20 competition.”

An illustration of the focus on T20 at the expense of longer-form cricket is that two of the SA20 captains, Faf du Plessis and Quinton de Kock, have quit Test cricket to concentrate on the white-ball game.

All-rounder Dwaine Pretorius announced on Monday that he was quitting international cricket to concentrate on the 20-over game.

Two of the highest-paid young South African players in the league are Tristan Stubbs, who has only played in eight first-class matches, and Dewald Brevis, who yet to make his first-class debut.

The SA20 has followed the IPL in refusing accreditation to photographers other than those working for an agency appointed by the league.

Smith said the league was following what he described as “world-wide best practice” in ensuring product ownership.

Viacom18 in India and Sky Sports in Britain have bought television rights.

The SA20 is South Africa’s third attempt at establishing a viable T20 league.

Unlike the previous two, the SA20 has a title sponsor and a television partner in SuperSport, Africa’s biggest sports broadcaster.

Suspects Of The Adams Arcade Shooting Killed In Kasarani

Man Poisons and Stabs His Children Before Committing Suicide