by Walter Kinyua
in Athletics, Sports
0 0
0 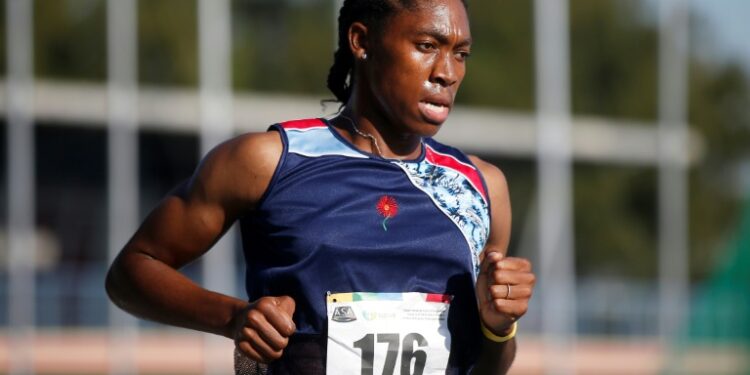 657
SHARES
905
VIEWS
Share on FacebookShare on TwitterShare on WhatsApp

“If the guys in Durban (sea-level city) do something in May, I might run”

The race was staged at an altitude of 1,339 m (4,393 feet) and Semenya is considering running the same distance at sea level, where the air is less thin and times generally faster.

“If the guys in Durban (sea-level city) do something in May, I might run,” Semenya said after her victory.

The qualifying deadline for Tokyo is June 29 with the Games scheduled from July 23 to August 8.

Semenya cannot defend the 800m title in Japan as she refuses to abide by World Athletics’ testosterone-reducing regulations covering distances from 400m to the mile.

The South African is among a minority of female athletes who have an unusually high level of testosterone, which gives them added strength.

Two legal bids by the South African to overturn the ban have failed and she has taken her fight to the European Court of Human Rights, who have not indicated when the case will be heard.

“I am pretty happy with how I ran (today) — it is all about having fun. I can’t really focus on Tokyo if I’m still building up myself at the moment.”

The 30-year-old winner of the London and Rio 800m Olympic gold medals turned the tables on her training partner Glenrose Xaba, who clocked 15:55.25 and had beaten Semenya comfortably in a regional meet two weeks ago.

But the three-time 800m world champion has changed her mind, believing distance races will lengthen her career.

“I am 30 years old and if I were to do sprints it would be a risk to my muscles. In distance (running), there is more time to find consistency,” said the three-time world 800m champion.