by Walter Kinyua
in Basketball, Sports
0 0
0 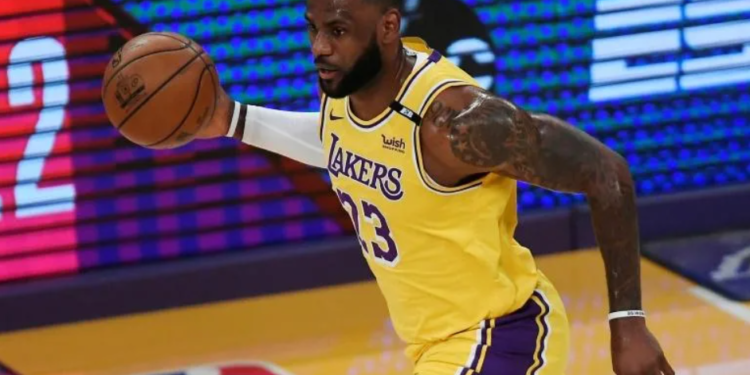 James, who will spearhead the Lakers in their opening playoff game against the Phoenix Suns on Sunday, violated health and safety regulations after attending a promotional event for a brand of tequila he has invested in, ESPN reported.

Hollywood actor Michael B. Jordan and singer Drake both attended the event with James, which took place before the Lakers win over the Golden State Warriors on Wednesday.

Although invitees were required to show proof of a negative test or vaccination to get access to the event, James was deemed to be in breach of the NBA’s Covid-19 protocols.

“It’s a violation of the agreed upon protocols, and, as we have in other comparable instances around the league, it has been addressed with the team,” an NBA spokesman told ESPN.

James will not face suspension however because the breach was not regarded as serious enough to risk spreading the virus.

According to NBA regulations, players found to have breached health and safety protocols can receive warnings, fines or suspensions depending on the seriousness of the breach.

Remaining 3,500 CBC Classrooms To Be Completed Before Aug Polls