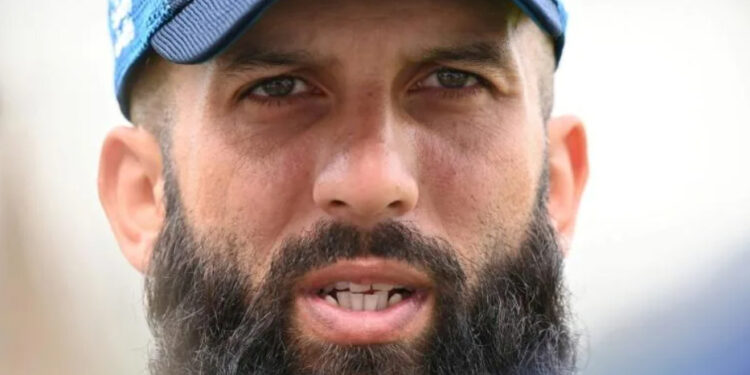 England all-rounder Moeen Ali on Monday announced he was retiring from Test cricket to focus on his white-ball career, saying the format’s “intensity can be too much sometimes”.

The 34-year-old scored five centuries and took 195 wickets in 64 Tests, including a top score of 155 not out and five five-wicket hauls.

But Moeen felt he needed to abandon cricket’s longest format to prolong his career and rekindle his love for the game.

“I want to play for as long as I can and just want to enjoy my cricket,” he said.

“Test cricket is amazing. When you’re having a good day it’s better than any other format by far.

“I will miss playing against the best in the world with that feeling of nerves but also knowing with my best ball I could get anyone out.

“I’ve enjoyed Test cricket, but that intensity can be too much sometimes. I feel like I’ve done enough of it and I’m happy with how I’ve done.”

But his role changed as his improved bowling led England’s management to prioritize his off-spin and move him around the batting line-up from opener to number nine.

Moeen finished with 2,914 Test runs at an average of 28.29 but regretted not being more productive with the bat.

“I do feel like my batting was a little bit wasted,” he told ESPNcricinfo.

He was named man of the series in England’s 3-1 series win against South Africa in 2017, becoming the first cricketer to take 25 wickets and score more than 250 runs in a four-match series.

A key member of the England white ball team that won the 2019 ODI World Cup, Moeen played just one Test in the subsequent Ashes series and lost his central contract.

He made 35 runs and claimed two wickets as vice-captain in his final Test against India at the Oval earlier this month.

He became the first British Asian since Nasser Hussain in 2003 to captain an England team when he skippered the Twenty20 side against Australia last year.

“There was a bigger purpose for me than just batting and bowling. There was a purpose of trying to inspire others,” he added.

“It does take a little spark and hopefully I’ve provided that. I’d love one day, in 10 years’ time, somebody to say, ‘Moeen made it easier for me’.”

His comments about enjoying cricket come amid fears for the mental well-being of England players, who have lived in bio-secure bubbles during the coronavirus pandemic to allow matches to take place.

Ben Stokes took an indefinite break from all cricket in July to prioritise his mental health and there are fears England’s Five-Test tour of Australia starting in December will not go ahead if players’ families cannot travel.