by Jackson Okata
in Athletics, Sports
0 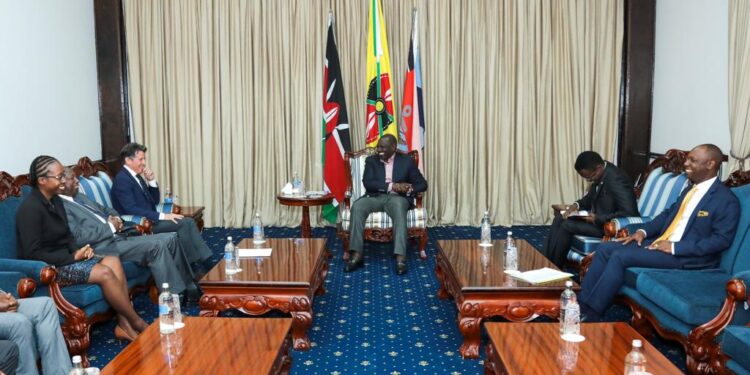 The Kenyan government has set aside Sh3.7 billion to aid in the anti-doping campaign in the next five years.

President William Ruto says his administration will not spare any efforts in the fight against doping.

Ruto said his Government will go an extra mile in protecting the integrity of athletics.

The President made the remarks on Thursday at State House, Nairobi, when he met the President of World Athletics Sebastian Coe.

They pledged to work together in creating the right frameworks for athletes to succeed.

“We will collaborate with partners, sportsmen and their contacts to tackle doping that threatens our heritage,” said President Ruto.

Kenya created its own anti-doping agency in 2016 and introduced criminal penalties including jail time for those caught up in cheating.

Since then, nobody has been prosecuted but the number of Kenyan athletes found guilty of doping has been on the increase.

During the meeting, World Athletics chief Sebastian Coe said that Kenya faced a “long journey” to tackle a doping crisis that has threatened to tarnish Kenya’s dominance of track and field races.

Last year, Kenya escaped a World Athletics ban for use of banned substances.

A good number of Kenyan runners have been suspended after testing positive for banned substances.

Kenya has been in the top category on the World-Anti Doping Agency watch list since February 2016.

Other nations on the list are Bahrain, Belarus, Ethiopia, Morocco, Nigeria and Ukraine.

Some Android Phones to Get Satellite Connectivity Later in the Year