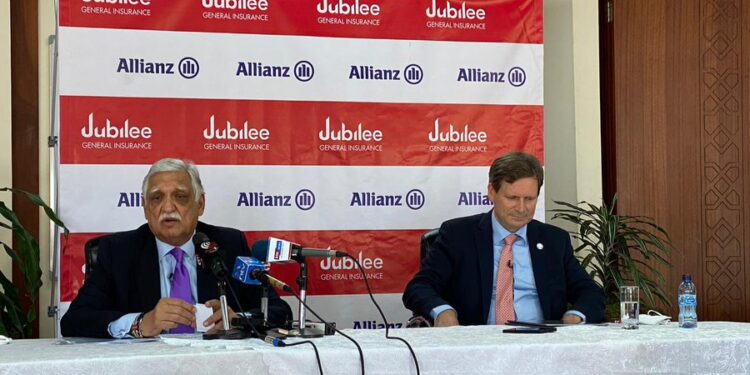 Global insurer Allianz SE has completed acquisition of a 66 per cent stake in Jubilee Insurance Mauritius subsidiary, concluding the planned purchase of the latter’s insurance business in Eastern Africa market.

The transaction consists of Allianz acquiring 51 per cent of ordinary shares from Jubilee Holdings Ltd (JHL) and all shares previously owned by the Aga Khan Fund for Economic Development (AKFED).

JHL will retain an 8.37 per cent stake in the company and a further 25.63 per cent through its subsidiary, the Jubilee Investments Company.

Delphine Traoré, Allianz Africa Regional CEO said the firm is pleased to have completed the final transaction in the agreement with Jubilee, thereby cementing Allianz’s presence in East Africa.  “We remain confident that the global strength of Allianz combined with Jubilee’s strong brand and deep local expertise will enable us to provide best-in-class insurance solutions to customers in East Africa and beyond,” she said.

This latest acquisition is the fifth and final transaction in the five markets including Uganda, Tanzania, Mauritius and Burundi announced in September 2020 where Jubilee Holdings is expected to receive a total of Sh7.75 billion for the sale of majority stakes in its general insurance subsidiaries to Allianz.

Allianz is now represented in the general insurance market in those five countries after completing the acquisition of a majority stake in Jubilee General Insurance of Kenya and renamed it Jubilee Allianz General Insurance.

It is expected that Allianz will also invest Sh3 billion in those subsidiaries. Subsequent to the deals with Jubilee,  Allianz and financial institution Sanlam Group had in May sealed a Sh240 billion joint venture that includes Kenya.

The joint venture allows the two firms to consolidate their operations in the African countries where one or both companies have a presence.

Kenya is changing its Copyright Law. Why this is bad for sports